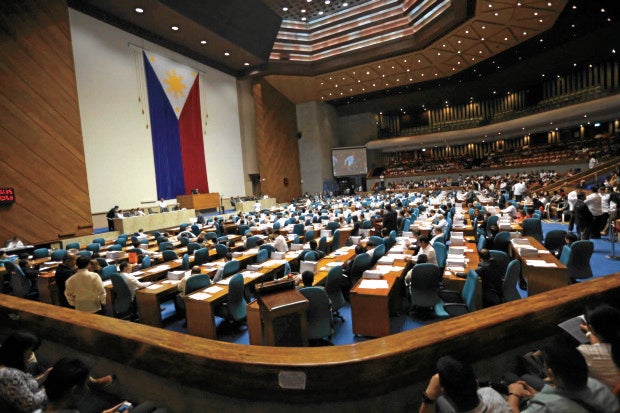 The chairman of the House of Representatives Committee on Justice on Monday admitted the likelihood that the minimum age of criminal responsibility would no longer be reduced to nine years old, and that the Juvenile Justice and Welfare Act might just be “enhanced.”

“I do not want to preempt what the committee will say but as early as now, I was briefed by my (committee secretary) and that there are various options now being pursued,” Mindoro Oriental Rep. Reynaldo Umali said at a press conference.

One of them is the enhancement of the existing law, Umali said, referring to the Juvenile Justice and Welfare Act of 2006, which mandates that the minimum age for criminal liability of youth offenders, is 15.

Asked if the minimum age would no longer be reduced to nine years old, Umali replied: “That is the possibility. But I do not want to preempt the decision of the committee.”

The sub-committee on correctional reforms will hold a meeting on Tuesday on the approval of the substitute bill on the lowering of the minimum age of criminal responsibility.

The Gabriela partylist and other members of the militant but administration-allied Makabayan bloc are ready to meet with the press on Tuesday afternoon after the sub-committee’s deliberation. They will be joined by children’s rights advocates.

The bloc is opposed to the lowering of the minimum age of criminal responsibility, which was filed as House Bill No. 2, following the death penalty bill.