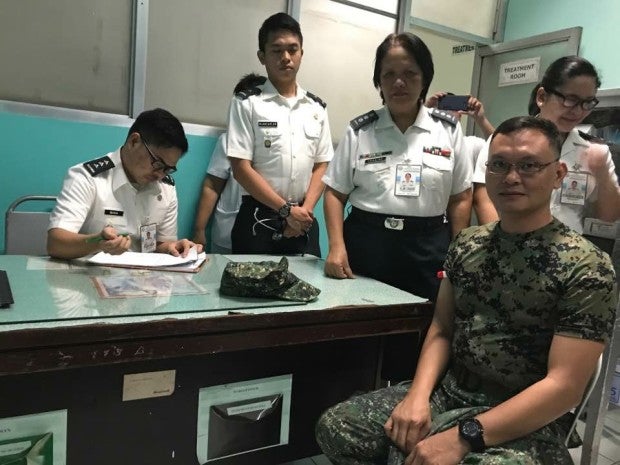 Nothing but a figment of her imagination.

This was how Justice Secretary Vitaliano Aguirre II on Sunday described the claim of detained Sen. Leila de Lima that the dismissal of the drug charges against Marine Lt. Col. Ferdinand Marcelino was intended to further malign her.

He also rued De Lima’s insinuation that the decision of the Department of Justice (DOJ) to drop the criminal case against Marcelino was a quid pro quo for his freedom.

“There is no such thing. We don’t do that in the DOJ,” Aguirre told the INQUIRER in a text message.

“She was just imagining things. Maybe her conscience is bothering her,” he added.

Besides, the justice secretary said De Lima, President Duterte’s most vocal critic, “should not fear anything if she is innocent.”

The feisty rookie senator, who has been detained in Camp Crame since February on what she claimed were trumped up drug charges, had questioned Marcelino’s supposed plan to testify against her.

De Lima said it was “obvious” that the Marine official’s release from prison last week was “in exchange” for his freedom.

“I suspect that a deal has been struck that he testify against me. Too bad, I thought he was a man of honor, of integrity,” De Lima told reporters after attending the hearing of her case for contempt of congressional summons in Quezon City.

Persida Acosta, Marcelino’s lawyer and chief of the Public Attorney’s Office, said her client had signified his willingness to testify against De Lima, who was indicted for allegedly receiving protection money from drug syndicates inside the state penitentiary.

In a telling turnaround, the DOJ last week ordered the withdrawal of the criminal case brought against Marcelino and Chinese national Yan Yi Shou, who were arrested on Jan. 21, 2016, in a raid on an apartment in Sta. Cruz, Manila, which yielded P380 million worth of illegal drugs.

The justice department believed Marcelino’s claim that Yan was his informant and that they were in the area on a covert mission regarding the operation of a clandestine drug laboratory.