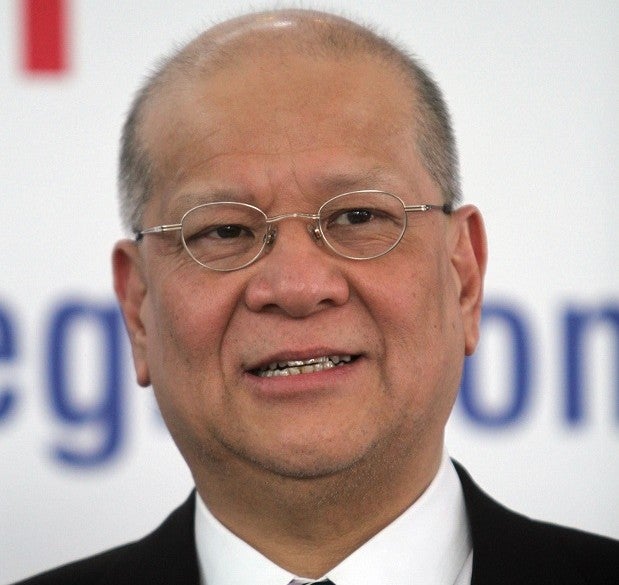 The President himself revealed the offer in a speech at the groundbreaking of the Biyaya ng Pagbabago Housing Project at Tugbok district here.

“[Ang] said it was not safe. It was OK when I was still mayor but not anymore because I am the President already,” Mr. Duterte told his audience, which included Ang, who was seated a few feet away.

He said Ang, majority owner of conglomerate San Miguel Corp., offered to buy him a Gulfstream jet, costing from $21 million to $65 million.

“His offer was he would buy me a Gulfstream but I declined. I said I’m fine with commercial flights. I told him he was owner of (Philippine Airlines) before so he knew PAL is working efficiently,” Mr. Duterte said.

When he urged Ang to give the money to the people instead, the businessman asked him if he had any foundation and he suggested the one put up by his late mother Soledad, Mr. Duterte said.

The money that was supposed to be spent for the Gulfstream was instead used to buy land for the landless and houses for the homeless.

Mr. Duterte said Ang initially insisted on being anonymous “but I convinced him to come out in the open so the people will not ask anymore where we got the money.”

Like Ang, Mr. Duterte said there were other people who insisted on anonymity in extending help to poor people  through such an undertaking as  the Biyaya ng Pagbabago Housing Project.

That’s why Mr. Duterte urged the beneficiaries of the housing project to protect their new property and not resell it.

“Don’t sell it. If you do, I’ll put up a flagpole there but I will not raise a flag there. I will hang those who would sell their properties,” he said, eliciting laughter.  —ALLAN NAWAL