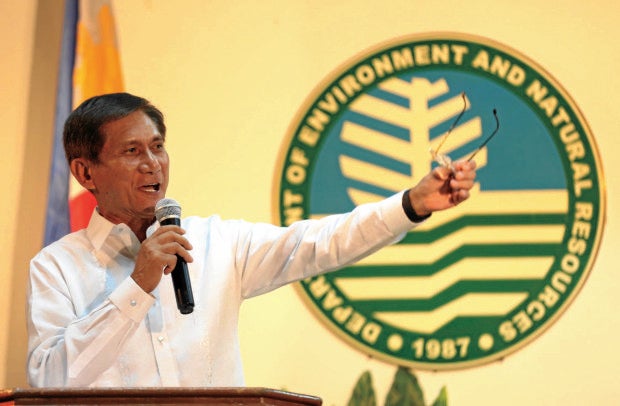 Cimatu also urged the company to face up to the charges that were expected to be lodged against them by the Department of Environment and Natural Resources (DENR).

“I saw the area, wala na talagang kahoy (there were no more trees). It was very unfortunate that this happened,” Cimatu said following an aerial and ground inspection of portions of the mine site where the company cut trees.

DENR officials told company representatives during a consultation here that the tree cutting violated of the suspension of their environmental compliance certificate (ECC), which former Environment Secretary Gina Lopez issued.

INC, an affiliate of Global Ferronickel Holdings Inc., one of the country’s largest producers of nickel ore, defended its move, saying its ECC was valid because of its pending appeal.

Mining and Geosciences Bureau Direcor Roland de Jesus, however, clarified during the dialogue that the government had sent the company letters stating it was not allowed to conduct any activity following the ECC suspension.

“There will be no going around the law,” Cimatu told company officials. “You should be man enough to face the consequences if you make a mistake.”

The company is facing a cancellation of its permits, including the Strategic Environmental Plan (SEP) clearance as petitioned by the Brooke’s Point government.

The company is also facing illegal logging charges and violation of Republic Act No. 9175 or the Chainsaw Act of 2002. /atm