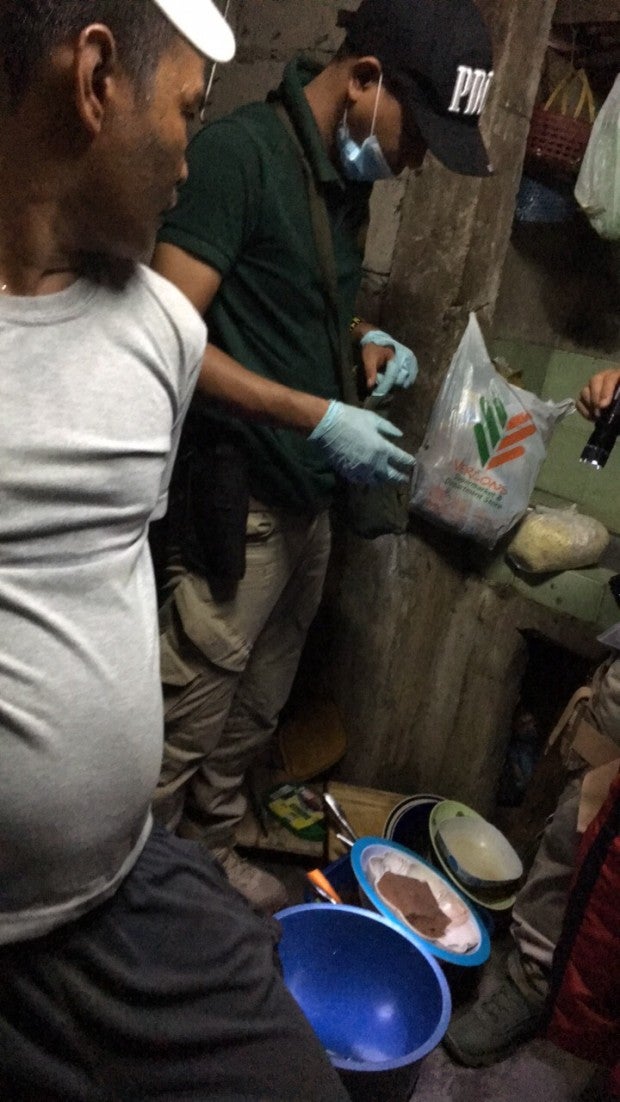 The raiding team swooped down on the houses at about 10 a.m. to serve search warrants against drug suspects Larry Salaman, Ali Salaman, and Arlene Cortez.

The suspected drug dens were in what PDEA described as a drug-infiltrated community, which has been the subject of several anti-illegal drug operations in the past.

Azurin said after they invited 41 villagers for drug tests, about 16 of them resulted positive for having consumed illegal drugs. “We will continue conducting this kind of operation in the hope of putting an end to the illegal drug trade in this community,” Azurin told the Inquirer.  JPV