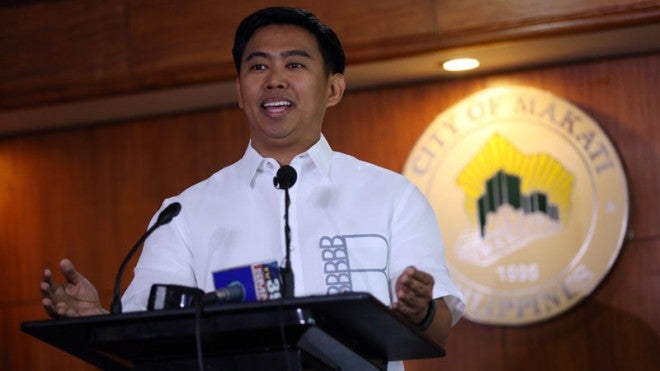 Former Makati City Mayor Jejomar Erwin “Junjun” Binay Jr. has appealed the Sandiganbayan’s finding of probable cause to proceed with his trial over the Makati City Hall carpark building.

In a 32-page motion for reconsideration, Binay said the Sandiganbayan Third Division’s April 18 ruling lacked basis because the Office of the Ombudsman failed to show “any hint of evidence” to justify his indictment.

He also assailed the court for having “unjustly pointed the finger at him as a conspirator” in the alleged scheme to rig the bidding for Phases IV and V of the project in favor of Hilmarc’s Construction Corp. from 2011 to 2013.

READ: Sandiganbayan to go ahead with Junjun’s trial

He appealed to the court to spare him from the “trauma of going through a trial,” since the Ombudsman prosecutors fell short of the probable cause threshold.

The court on April 18 ruled the prosecution’s evidence so far has shown that “more likely than not,” the accused committed the alleged crime and there was basis to make them defend themselves in a full-blown trial.

‘Approval is not participation’

Binay disagreed the anomalies allegedly committed by city procurement officials took place thanks to his approval as a conspirator in the supposed scheme.

Regarding the alleged falsification of bid documents, he said it was his “ministerial duty” to award and sign the contracts because nothing appeared irregular on their face.

“Hence, there could have been no way for accused Binay Jr. to actually find out about this purported irregularity, if such indeed is true,” the motion stated.

Binay said he had no hand in preparing the allegedly falsified bid document. He said he relied on the BAC in good faith as he was “not an expert” in discerning the genuineness of a document.

He added there was no law explicitly commanding the mayor to “ascertain [the bids and awards committee’s] compliance with the prescribed bidding process before he gives out his approval.”

Binay also stressed that the BAC is independent from the head of the procuring entity. For him, this meant he “should not be faulted for any alleged mistakes or negligence of the BAC, if any.”

No damages to government

Binay also argued the prosecution failed to show the approval of the contracts caused undue injury to the government in violation of Section 3(e) of the Anti-Graft and Corrupt Practices Act.

In finding probable cause to pursue the graft case, the court earlier observed various procurement violations such as the hasty approval of the BAC resolution and the lack of a preprocurement conference prior to the conduct of such a big-ticket government project.

Even so, Binay claimed the overpricing of the city hall project was “never established.” The absence of “undue injury” warrants the dismissal of the case, he argued.

He stressed the building is already being used by the city government to house various offices and serve the public. He also cited the Commission on Audit’s validation that “no appreciable/patent defects” were noted upon inspection of the structure.

“The Honorable Court, with all due respect, cannot rely on mere assertions, speculations, conjectures or guesswork that since there was an alleged simulation of the bidding, that the Makati City government suffered undue injury equivalent to the amounts paid to Hilmarc’s,” the motion stated.