Poe brushes aside vendetta behind revival of MRT 3 contract probe 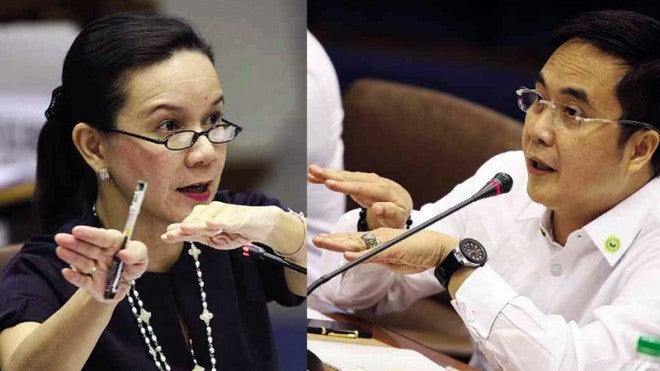 The Senate investigation into the alleged anomalous contracts in the MRT 3 project was neither meant to get back at the past administration or target certain people, but simply make those liable for the suffering of the commuters accountable, Senator Grace Poe said on Friday.

Poe said it is proper for us to move on as we transition from one administration to another but we should resolve the mistakes of the past in order for us to start moving forward.

“So hindi ito laban sa ilang personalidad. Ilang beses nasira ang mga tren, nadiskarel pa so parang hindi naman ginagawa ng tama yung trabaho. Kung sasabihin na pinagkatiwalaan ko yung nakaraang nakaupo so hindi ko na kailangang i-review yan. Mali naman na rason yun (This is not a fight against certain personalities. The trains bogged down several times, derailed even, and these are signs of neglect in the job given them. Saying that they trust the previous administration so reviewing the project is unnecessary is not a valid reason),’ she said.

Poe was referring to former Transportation Secretary Joseph Emilio Abaya’s earlier admission that he was not aware that a company that won a contract to maintain the MRT 3 was just newly incorporated and had a small capitalization.

At the hearing of the Senate committee on public services last Monday, Abaya confessed he did not know that PH-Trams had a capital of P625,000 and was just incorporated two months before winning the contract in 2012.

But Poe, chair of the Senate committee on public services, rejected Abaya’s claim that he approved the contract in good faith and that he trusted the DOTC people before him.

Abaya’s predecessor was former Secretary Mar Roxas, who was Poe’s rival in the last May 2016 presidential election.

“Maling palusot yun kasi kaya ka nga itinalaga dyan para masiguro mo na maayos (This is a lame excuse, you were appointed there to make sure everything is working well),” the lady senator said of Abaya.

Poe believes that the previous executives at the transportation department should explain a lot of things to clear their names in these anomalous transactions. JPV/rga