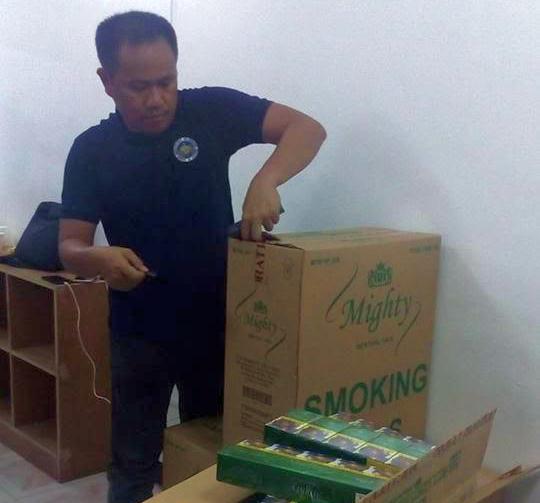 The Department of Justice (DOJ) is close to concluding the preliminary investigation into the P9.564-billion tax evasion complaint filed by the Bureau of Internal Revenue (BIR) against the controversial cigarette firm Mighty Corporation on May 30.

In its reply, the BIR urged the DOJ panel to reject the defense statements mentioned in the counter-affidavits of Mighty Corp. owner and vice president for external affairs Alexander Wongchuking as well as the other respondents.

However, BIR lawyers refused to furnish the media with a copy of their pleading and immediately left the DOJ premises after the 20-minute hearing.

The DOJ panel has scheduled the next hearing on May 30, for the Mighty Corp.’s rejoinder. After the submission of the rejoinder, if no sur-rejoinder or reply to the plea, will be submitted, the case will be submitted for resolution.

Under the complaint, the respondents are accused of unlawful possession of articles subject to excise tax without payment and for possessing false, counterfeit, restored or altered stamps in violation of Sections 263 and 265(c) of the National Revenue Code of 1997.

The complaint stemmed from the discovery of fake excise tax stamps on the packs of its cigarette products stored in four warehouses at the San Simon Industrial Park, San Isidro, Pampanga.

The BIR said the company has violated the law and now owes the government about P2.3 billion worth of tax stamps.

The bureau insisted that the stamps were faked since they did not contain the multi-layered security features of a valid internal revenue stamp. The stamps were also not affixed at the production plant of Mighty Corp. in Bulacan as required by law, which means the seized master cases came from another manufacturing plant.

This is the first complaint by the BIR against Mighty Corp.

Earlier, Justice Secretary Vitaliano Aguirre II said that the two complaints will be consolidated and be handled by the same panel of prosecutors. JPV