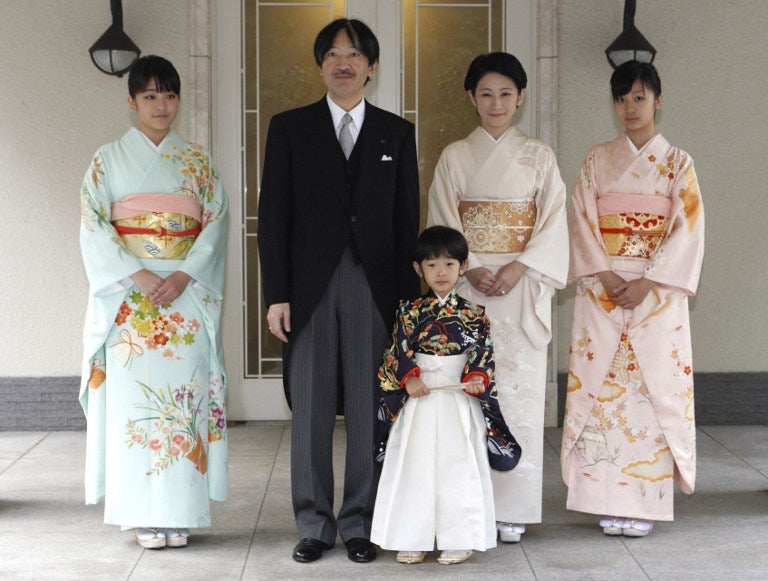 Emperor Akihito’s granddaughter’s upcoming engagement to her college sweetheart, a commoner, will cost the princess her royal status in a move that highlights the male-dominated nature of Japan’s monarchy as it faces a potential succession crisis.

Public broadcaster NHK broke the story of Princess Mako’s engagement late Tuesday, sending the country into a tizzy with the news dominating television chat shows and newspaper coverage ahead of an expected official announcement in coming weeks.

Her reported fiance, Kei Komuro, a telegenic 25-year-old commoner once named “Prince of the Sea” in a tourism promotion contest, briefly met journalists on Wednesday, but dodged questions on the engagement, saying he would only speak about it “when the time comes”.

The national rejoicing, however, has been tempered by concerns over the future of the royal family as the country prepares for its first imperial abdication in two centuries amid an acute shortage of male heirs.

Mako, 25, is the eldest daughter of Prince Akishino, Akihito’s second son, and like all female imperial family members loses her royal status upon marriage to a commoner under a controversial law.

The law does not apply to male royals, with Akihito and both his sons marrying commoners, who are now part of the monarchy.

The news reignites a debate on whether the law should be changed so women can continue in their royal roles in a bid to increase the chances of potential male heirs to a monarchy that does not allow females to ascend the Chrysanthemum Throne.

Traditionalists, including Prime Minister Shinzo Abe, strenuously oppose such changes, even though Japan has been ruled by female sovereigns in past centuries.

The government is currently preparing legislation to allow Akihito, 83, to abdicate in favour of his eldest son, Crown Prince Naruhito.

Following Naruhito’s reign, his brother Akishino and Akishino’s son, 10-year-old Hisahito, will be next in line.

But after that there are no more eligible males, meaning the centuries-old succession would be broken if Hisahito fails to have a son in the future./rga

ADVERTISEMENT
Read Next
US admiral jailed for taking cash, prostitutes in bribery case
EDITORS' PICK
PH preps for China virus: Question of when, not if
Beyond water service: Maynilad builds massive infrastructure projects to clean up Metro Manila waterways
Museums ‘put to sleep,’ churches closed amid volcano’s unrest
Seventh judge assigned to handle De Lima case
SM continues to send relief assistance to remote towns in Batangas
Get exciting deals and discounts when you download the new McDonald’s App
MOST READ
Taal Volcano flexes signs of restiveness anew
Part of Aurora Boulevard in Cubao closed from Jan. 25 – Feb. 1
Passengers from Wuhan, China to be flown out of Kalibo, Aklan – CAAP
Lacson on Duterte’s threat to end VFA over Bato’s canceled visa: Where is the connection?
Don't miss out on the latest news and information.