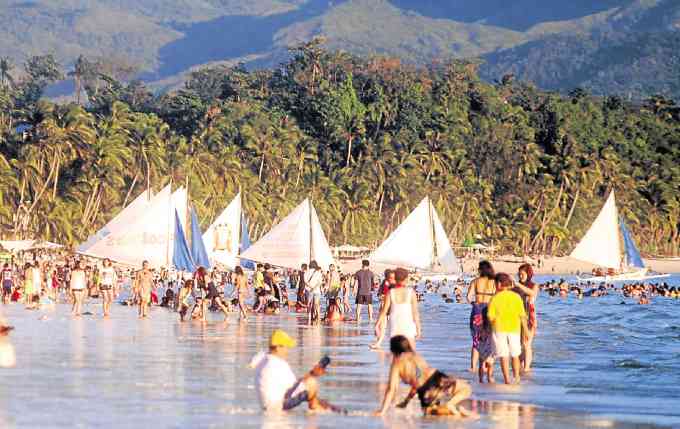 “The law is there. We have to implement the law in tourist destinations (and) tourist spots…,” Cimatu told reporters here on Tuesday in his first regional visit following his assumption of the post of Department of Environment and Natural Resources Secretary.

He vowed to prioritize ensuring water quality in the 1,032-hectare popular tourist destination at acceptable standards.

Cimatu said he has directed officials of the Department of Environment and Natural Resources (DENR) in Western Visayas to provide him with weekly reports on the water quality in Boracay.

The DENR will also help the local government of Malay in Aklan in addressing concerns about solid waste management.

The Provincial Environment and Natural Resources Office in Aklan has ordered the Malay local government to stop the dumping of residual waste at the material recovery facility in Barangay Manoc-Manoc amid complaints of foul odor from residents.

The residual solid waste is being transported to the municipal landfill in Barangay Cabulihan in Malay on the mainland.

The quality of water and solid waste management are among the major environmental concerns of the island which has been plagued with problems brought by unregulated development and the failure to implement environmental laws and rules. 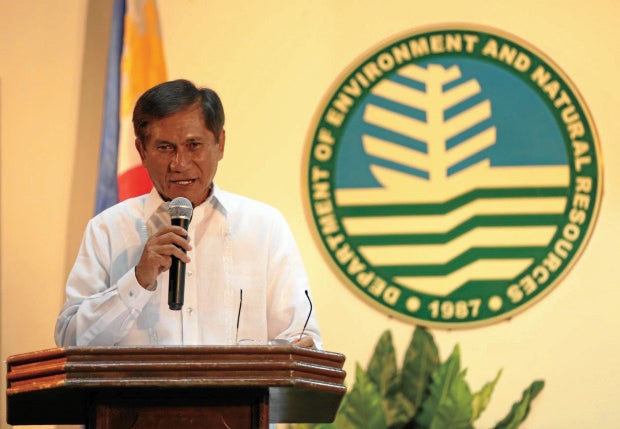 Among the proposals is the resumption of land titling to minimize land disputes that have at times erupted into violence.

Only about 30 percent of Boracay (292 hectares) are titled. Most land claimants on the island pay tax declarations, many for decades, as proof of ownership or rights over properties.

Sampulna said the implementation of a 30-meter-wide road on the island has faced opposition from stakeholders who believed that the planned width would not be feasible.  The proposal is to reduce the width of
roads from 30 meters to 12 meters.

The proposal would require an amendment to Presidential Proclamation No. 1064 issued on May 22, 2006, by then president Gloria Macapagal-Arroyo.

Cimatu said they would also evaluate the proposal to continue the suspension of the issuance of Environmental Compliance Certificates (ECC) until the approval of the Boracay master plan.

An ECC is a document issued by the DENR certifying that a proposed project or undertaking will not pose environmental hazards or damage and that its proponents are capable of implementing measures protect the environment.  SFM

Read Next
Japan’s Princess Mako to marry ocean-loving legal assistant
EDITORS' PICK
Tired of your Wi-Fi signal problems at home? Here’s a solution!
Must-know scams to avoid when buying cars
Average new COVID-19 cases daily in NCR down 30%
POVA x Mobile Legends Bang Bang: A partnership that’s built to win
Patients evacuated as fire hits PGH
Concepcion: Consider vaccine passes once herd immunity reached in NCR Plus
MOST READ
Patients evacuated as fire hits PGH
Mikey Garcia ‘not getting hopes up’ as Pacquiao fight yet finalized
Go pushes bill seeking creation of Center for Disease Control and Prevention
Dave Bautista on his Filipino grandfather, living with regret and being around superheroes and zombies
Don't miss out on the latest news and information.