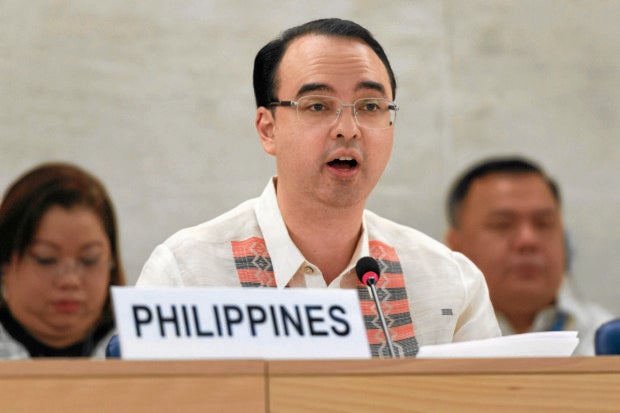 Today could just be his last day as a senator.

Senators see a swift confirmation for Sen. Alan Peter Cayetano on Wednesday when the Commission on Appointments will deliberate on his nomination as foreign secretary.

The commission is set to deliberate on Cayetano’s confirmation barely a week after President Duterte announced he had appointed him as foreign secretary.

“I think (Cayetano) will sail through it smoothly,” Lacson said as he added that no one had filed any opposition to Cayetano’s confirmation.

Both Lacson and Sotto said Cayetano would be deemed to have resigned as a senator once his appointment is confirmed.

Lacson said that the latter had been very active in the chamber whenever he was present.

Lacson also said Cayetano had been “a good colleague but an annoying foe.”

He was referring to the times when the tough-talking Cayetano had tangled with some senators, among them Senators Antonio Trillanes IV and Leila De Lima.