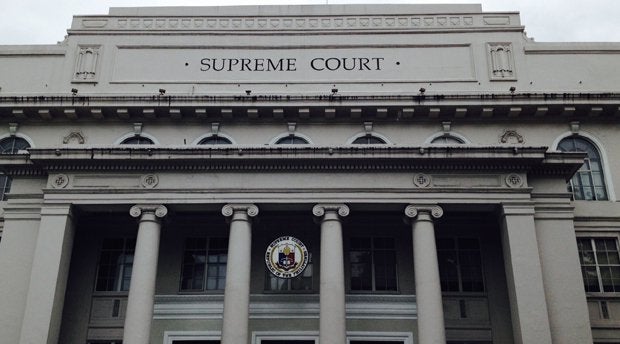 MANILA — A former Sandiganbayan justice, who ordered the arrest of former Senator Jinggoy Estrada over the P10-billion pork barrel scam, may now enjoy his retirement without hanging his head.

Retired Associate Justice Roland Jurado has been cleared by the Supreme Court of allegations that he had an illicit affair with Caloocan City clerk of court Mona Lisa Buencamino, whose name appeared as the co-owner of a property he bought in Las Piñas City.

Voting 13-0, the high court also unanimously threw out for lack of merit the administrative complaint against Jurado for supposedly amassing unexplained wealth and for his failure to declare all his real estate properties in his statement of assets, liabilities and net worth (SALN).

“The court finds the complaint bereft of merit… (T)here is no prima facie evidence showing that either Justice Jurado or Buencamino has unlawfully accumulated wealth,” the court said in a 34-page ruling.

“For the same reason, the charge of immorality should likewise be dismissed. There is no evidence on record that would show that Justice Jurado and Buencamino had an immoral relationship,” it added.

Associate Justice Jose Mendoza penned the decision, which was promulgated on April 4, but was made public only on Monday (May 15).

In exonerating the pair, the tribunal dismissed the initial findings of an eight-member panel created by the Office of the Court Administrator in 2010 to look into the allegations against them.

The investigating team had also discovered that Jurado did not declare several of his properties in his SALN while Buencamino’s own SALN had “inconsistencies.”

The panel concluded that Jurado’s net worth “appeared to have considerably widened” after he was appointed to the anti-graft court in October 2003. It also found out that they co-owned a property in Las Piñas, which they eventually admitted.

But the high court ruled that their admission of joint ownership was not enough to prove that they were having an affair as Jurado and Buencamino were able to “sufficiently” explain that they acquired the property after they entered into a business venture.

Jurado, who issued the arrest warrant for Estrada in June 2015 as chair of the anti-graft court’s Fifth Division, maintained that his relationship with Buencamino was “purely professional.”

Both told the magistrates that it was not the first time that they were accused of engaging in an immoral relationship and that they had ill-gotten wealth.

Jurado and Buencamino said the National Bureau of Investigation had already absolved them of the same allegations and that the Office of the Ombudsman had also junked a similar complaint against her.

The tribunal likewise accepted Jurado’s explanation that he did not put several properties in his SALN since he had already sold them.  SFM