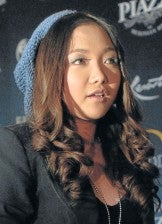 Three representatives of the party-list group Ako Bicol on Saturday urged their colleagues in the House to speed up plenary deliberations on the proposed Anti-Cyber Bullying Act to end the ordeal of children being bullied on the Internet.

Representative Christopher Co said the recent case of Filipino international singer Charice Pempengco being bullied on her Twitter and Facebook accounts shortly after her father was killed showed how widespread the problem had become.

“Pempengco is just one of the many victims of these faceless cyber bullies who can hurt and destroy people through their negative messages,” Co said.

He said others suffered assault, including being raped by a cyber “friend” during an “eyeball” or face to face meeting. Still others committed suicide after being tormented on the web.

Co, author of House Bill No.  5391, said the measure seeks to deter, prosecute and eliminate cyber bullies and “create a culture of free and unfettered exchange of information, opinions and ideas based on mutual respect and sensitivity toward the feelings of others.”

For his part, Representative Alfredo Garbin said the unique characteristic of cyberspace lets a person enjoy the benefits of anonymity and multiple personalities, making this a perfect venue for abuse and malicious conduct.

“Cyber bullying is a new social disease which results in dire consequences that threaten to tear the social and moral fabric of society,” Garbin said.

The bill imposes a fine of up to P100,000 or imprisonment of 6 months to six years, or both, on any person who commits an act on another person that causes substantial emotional distress through the use of electronic devices.