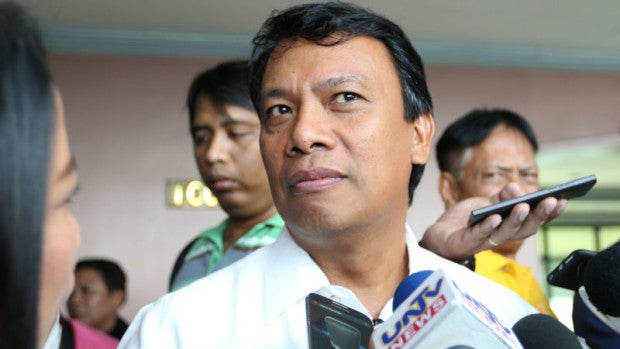 MANILA — The Sandiganbayan has dismissed the contempt suit filed by the environmental adviser of President Benigno Aquino III against critics who attempted to block his appointment in 2011.

This was after former Bukidnon 1st Dist. Rep. Juan Romeo Nereus Acosta dropped the case against the group Crusaders for Good Government, as well as Fr. Venancio Balansag Jr., Felix Vergara Jr., Commission on Audit auditor Carlo Matias, and a John Doe only known as Rolly.

These respondents failed to answer the petition filed by Acosta over a full-page advertisement, published by the Philippine Star on May 11, 2011, which allegedly discussed the merits of his pending criminal cases.

Acosta on Jan. 31 this year moved to dismiss his suit on the grounds that he “no longer finds any basis for the relief sought in this action.”

Yet, the Sandiganbayan Fourth Division continued to thresh out the merits of the case against then-PhilStar vice-president for advertising Lucien Dy Tioco and Acosta’s cousins Divino Bornidor Jr. and Maria Emma Lee.

In its seven-page resolution, the court ruled that Acosta failed to establish the three respondents were “responsible for any of the allegations laid forth in the complaint.”

Acosta’s identification of the persons behind CGG and his accusations against them were found to be based on hearsay evidence.

The court added the advertisement that spoke of Acosta’s criminal cases did not constitute contempt.

“There is nothing to show that this Court has, in any way, been hampered in its administration of justice,” read the resolution penned by Justice Alex L. Quiroz.

“Moreover, filing for contempt cannot be resorted to as a remedy every time a litigant feels that he or she has been maligned, for this power ensures the dignity and authority of the Court, and is used only when no other recourse can be had,” the ruling stated.

CGG’s open letter was published at the time when Acosta was being floated as Aquino’s possible pick to become the Cabinet Secretary at the Department of Environment and Natural Resources.

The advertisement disclosed that Acosta was out on bail as he faced four criminal charges for the release of P10.5 million of his Priority Development Assistance Fund proceeds to two foundations owned by his relatives.

It mentioned Matias as the one who unearthed the connection of Acosta’s relatives. It also stated that his own cousins Bornidor and Lee filed complaints for estafa, graft and violation of Code of Conduct and Ethical Standards for Public Officials and Employees.

Acosta claimed the respondents were liable for indirect contempt as they allegedly violated the sub judice rule, which has always prohibited the public discussion of cases pending judgment.

Bornidor and Lee denied knowledge of CGG and said they had no part in the publication of the open letter. Meanwhile, Dy Tioco explained he did not intend to violate the rule since his participation was limited only to the appearance of advertisements.

Although Acosta was not appointed DENR secretary, Aquino tapped him as concurrent presidential adviser for environmental protection and Laguna Lake Development Authority general manager in September 2011.

In March 2016, the Sandiganbayan Fourth Division found him guilty in one of the three graft cases involving the release of P5.5 million PDAF proceeds to Bukidnon Vegetables Producers Cooperative. His mother, former Manolo Fortich mayor Socorro Acosta, was a director and cooperator in the said group.

But the antigraft court acquitted the Liberal Party stalwart of graft in the two other graft cases, as well as a related perjury case.  SFM