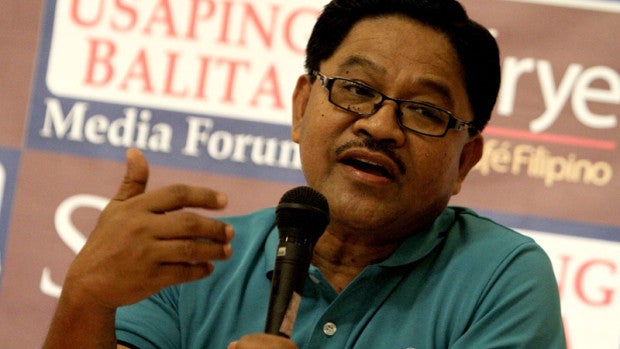 The Supreme Court (SC) has directed Agrarian Reform Secretary Rafael Mariano and a group of farmers to explain why they should not be held in contempt for failing to distribute 4,900 hectares of farmlands in Hacienda Luisita in Tarlac City.

In a three-page notice signed by clerk of court Felipa Anama, the high court acted on a petition filed by Rizal Commercial Banking Corp. (RCBC) on April 27 questioning the alleged refusal of Mariano and members of Alyansa ng mga Manggagawang Bukid sa Hacienda Luisita (Ambala) to immediately subdivide parts of the estate that had been subjected to agrarian reform.

“Acting on the urgent motion for the issuance of a writ of execution…the court resolved to require Mariano and (Ambala) to comment thereon and show cause why they should not be held in contempt of court for disobeying the [court’s] decision and resolutions,” read the tribunal’s order dated May 3.

It gave Mariano, a former peasant leader, and the farmers 10 days to submit their written explanation.

RCBC sought the high court’s intervention after some 400 members of Ambala forcibly occupied on April 24 a 500-ha parcel of land which used to be part of the vast sugar plantation./rga