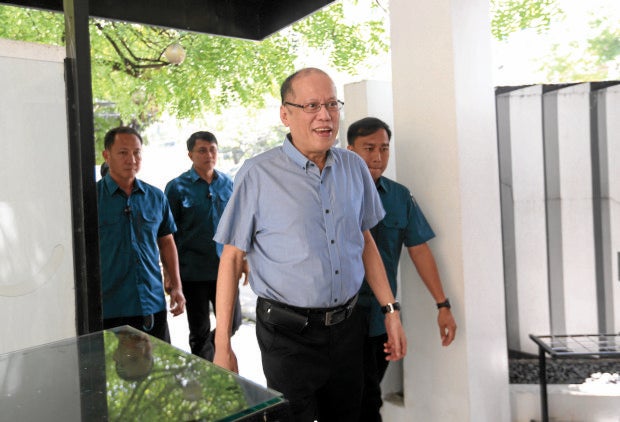 Saying he had not been an “accountable officer” who had direct custody of public funds, former President Aquino fought an appeal by militants for the Ombudsman to indict Aquino for graft over the outlawed Disbursement Acceleration Program (DAP) along with his erstwhile budget chief, Florencio Abad.

Aquino had been directed by the Ombudsman to comment on the appeal filed by Bayan Muna Rep. Carlos Isagani Zarate and other complainants seeking to reverse a March 3 Ombudsman resolution that spared the former president from charges of usurping legislative powers through DAP.

Without replying to an accusation in the appeal that the March 3 resolution was an “attempt to shield” him from prosecution, Aquino, through his lawyers, submitted a 20-page reply seeking to dismiss Zarate’s appeal.

The reply said the appeal was just a rehash of the complainants’ earlier arguments.

The March 3 resolution absolving him of culpability, according to Aquino’s reply, was “grounded on adequate factual and legal bases.”

Washing his hands of liability, Aquino insisted he “only performed core executive functions” and did not usurp Congress’ power of the purse.

As President, he said he exercised only his prerogative to augment funds, which is allowed by the Constitution.

“No president is obligated to determine how savings are accumulated much less how they are withdrawn,” said the former president’s reply.

Aquino reiterated there was no probable cause to charge him with technical malversation because he was not considered by law as an “accountable officer” who handled public funds.