Soldiers hunting down 2 Abu Sayyaf bandits on island in Bohol 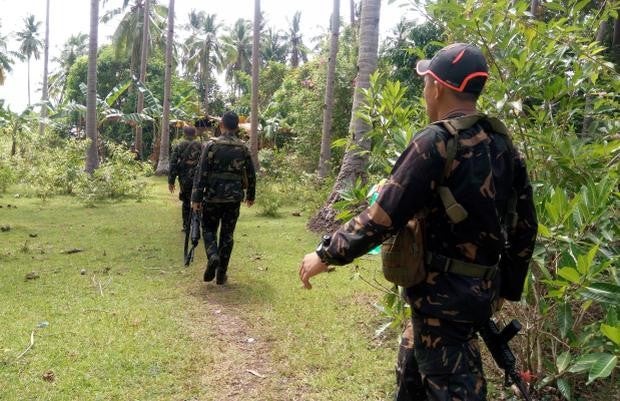 The soldiers have been combing the five-hectare mangrove swamps on the island to look for the bandit group.

Sixteen year-old John Edward (family name withheld on his request)) was at home on Wednesday afternoon in Barangay Cahayag, Pangangan Island, when he heard an unfamiliar voice outside the kitchen, asking for food.

“I was terrified because I was alone in the house,” John Edward said. “ I thought there were two of them. When people said these could be Abu Sayyaf members, the more I got scared since I had an encounter with them .”

Other children saw the two men – both thin and wore shirts that were worn-out. One of them had difficulty walking.

But what intrigued the residents on the island was the baruto (boat) that was tied in one of the mangrove trees on Wednesday morning.

Felix Cabreras, 58, saw the boat while preparing to sail.

He said the design of the boat was unfamiliar to island residents.

According to Insp. Cresente Gurrea, chief of Calape Municipal Police Station, the boat was stolen from Barangay Liboron, in mainland Calape.

Gurrea said the owners Cenon and Marcelina Cubelo discovered they lost their boat on May 10.

“They didn’t notice it because everyone was busy celebrating the town fiesta,” said Gurrea.

Gurrea said the boat was possibly used by the two Abu Sayyaf members..

Residents said one of them had slightly shaven head and was wearing shoes. The other wore slippers and had a shirt wrapped around his head. He was carrying a paddle and a sack.

The same description was given to the two Abu Sayyaf members who were spotted in Barangay Candungao, San Isidro town on Monday.

On Thursday evening, checkpoints were set up in several barangays on Pangangan Island.

On Friday, government troops are seen in Barangays Cahayag and Lawis.

The military said the two bandits were hiding inside the five-hectare mangrove trees.

Rubber boats from the Philippine Navy were roving the waters surrounding the island to prevent the escape of the two men.

Many residents were alarmed of the presence of the Abu Sayyaf remnants, but it didn’t stop them from celebrating the island’s fiesta.

Pangangan Island is celebrating the vesper day of Our Lady Fatima on Friday.

Only two left after nine were killed during separate clashes in Inabanga and Clarin towns. /atm 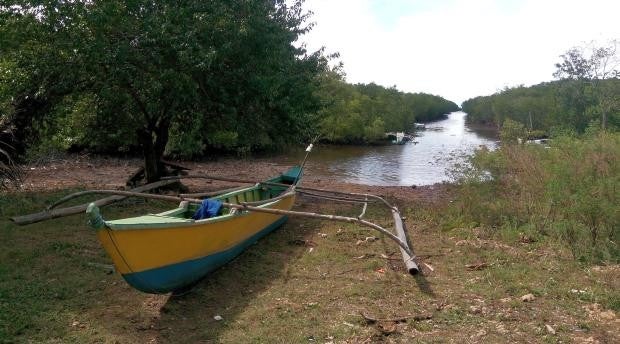 The stolen boat was found in Barangay Magtungtong, Pangangan Island. Residents believe the boat was used by the two Abu Sayyaf bandits to escape from Bohol province. (Photo by LEO UDTOHAN / Inquirer Visayas)