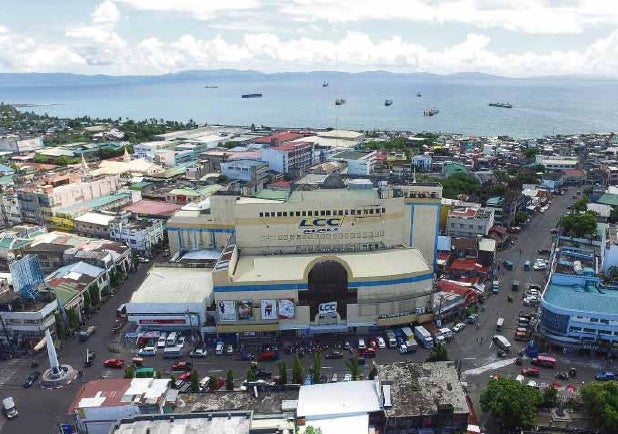 MALL TRENDS Most “regional” or large shopping malls in the country, such as LCC Mall in Legazpi City, Albay province, still enjoy almost full occupancy at 97-99 percent, according to the latest research of property consulting company Colliers Philippines. —CONTRIBUTED PHOTO

Vacancy rates are rising and rental rates are growing at a slower pace among shopping malls in Metro Manila amid cutthroat competition, according to the latest research by property consulting company Colliers Philippines.

“We believe that developers need to gear toward a more lifestyle-oriented tenant mix to survive in a highly competitive retail landscape,” Colliers research manager Joey Roi Bondoc said in a research note.

In a briefing on Thursday, Bondoc said shopping malls displayed “diminishing uniqueness” in having “practically the same retailer tenants.”

A good mix of tenants “is necessary to attract more mall-goers,” he said.

Bondoc said vacancy rates were rising across all mall formats, while most “regional” or large shopping malls in the country still enjoyed almost full occupancy at 97-99 percent. Due to uptick in vacancy in smaller malls, average vacancy  spiked to about 7 percent, he said.

In the first quarter of 2017, Colliers noted a marginal  rise in   average vacancy rate to 7.3 percent from 7 percent among shopping malls in Metro Manila recorded in its last survey in the third quarter of 2016.

With new malls, Bondoc said the average vacancy rate could rise to 11 percent but might drop to 8-9 percent as food and beverage and “fast fashion” retailers absorb the additional space.

Colliers projected about 500,000 square meters of leasable space would be completed in the metropolis this year, 48 percent more than last year. Most of the new malls were expected to be built in towns in Metro Manila.

Smaller neighborhood and district malls will continue to post higher vacancy rates than “regional” and “superregional” malls, according to Bondoc.

Colliers saw rental rates in the Makati central business district and Ortigas Center to grow by only 2-3 percent, respectively, in the next 12 months, down from last year’s average of 5-6 percent.

Aside from the growing number of shopping malls, Bondoc said another factor accounting for the rise in vacancy was the challenging environment for some international fashion brands.

For instance, some US fashion brands such as Aeropostale and Payless, which have local franchisees, have filed for bankruptcy and  shut some of their stores, he said. Their local distributors, however, have assumed that Philippine operations would continue.

In 2016, Colliers reported that about 340,000 square meters of gross leasable area in shopping malls were completed, more than triple the 2015 figure.

The increase in space coupled with the closure of a number of high-end retail shops led to an overall rise in vacancy in Metro Manila.

“Developers should future-proof their businesses by cashing in on the increasing popularity of online shopping and being more aggressive in acquiring logistics and warehousing businesses so as to implement last-mile deliveries,” Bondoc said.

Online retail shops should be easy to navigate and offer wide-ranging payment solutions, he said.

“Given the millennials’ rising contribution to demand, we encourage developers to apportion coworking space in their malls,” he added, referring to flexible office space that could be rented out for a day or a month.

Such arrangement is seen suitable for start-up companies.