Mocha Uson to defend Duterte against misinformation in media 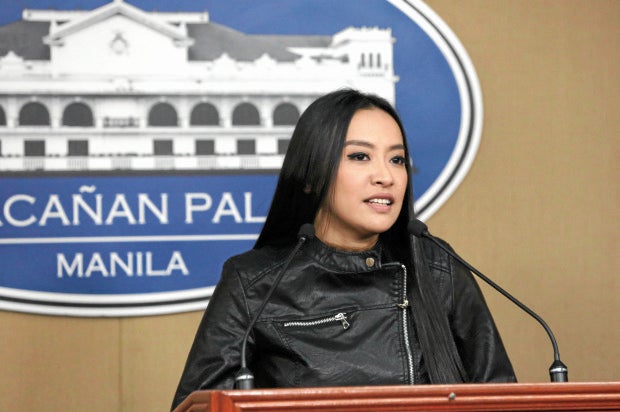 In what could be further proof that change has indeed come under the Duterte administration, former bold starlet and entertainer Mocha Uson was appointed assistant communications secretary on Tuesday, and was put in charge of fighting fake news, something she had been accused of propagating on her blog.

In a post on her Facebook page, Uson said she would focus on using social media to bring the Duterte administration closer to the Filipino people, and to fight bogus news.

“It’s time for us to stop relying on the wrong reports from some mainstream media, and to strengthen social media with the help of true members of the DDS (Die-hard Duterte Supporters). Because we are the media of Tatay Digong,” she said in her Mocha Uson Blog.

Uson’s appointment— with a salary grade level of between SG 27 and 29 and a base pay of between P87,000 and P106,000—was met with disgust, outrage and mockery from several sectors, with the alternative account of the Armed Forces of the Philippines  tweeting the strongest and most critical reaction.

@AltTeamAFP described Uson as the “Queen of Fake News in the Philippines,” and said “(t)he misinformation of the people is a threat to national security.”

The alternative military Twitter account, which has almost 2,000 followers since it was created in March, also took a swipe at Uson’s huge compensation: “Someone who risks his life to defend his country should be paid more than someone who destroys her country by proliferating fake news.”

In a press briefing on Wednesday shortly before he left for Cambodia, President Duterte defended the starlet known for her risque interaction with her mostly male audience in bar performances.

“She’s bright, she’s articulate,” and should not be deprived of the “honors that she deserves,” Mr. Duterte said, adding that it was his turn to believe in the likes of Uson after she and her group Mocha Girls campaigned for him for free.

The President also said Uson’s past as a sexy performer did not render her unfit to work in the government. “There’s no law which says if you expose half your body with a shorts and bra, you are disqualified from being the President of the Philippines,” Mr. Duterte added.

As a Palace official, Uson will be in charge of social media and will be producing social media content, said presidential spokesperson Ernesto Abella.

Netizens also questioned the qualification of Uson, a 1998 medical technology graduate of the University of Santo Tomas who dropped out of her medical studies.

Other critics described Uson as a purveyor of fake news in at least four instances.  In one, she posted a news report praising the DSWD’s system for packing 50,000 relief goods. “That’s how much the Duterte Administration values the ordinary Filipino,” she commented.  As angry netizens immediately pointed out, the news report was published on Oct. 1, 2015.

In another blog post, Uson shared the photo of a girl who was supposedly raped and murdered, and asked rhetorically how come there was no outrage from the rights commission.  It turned out the incident happened in Brazil.  The post was later taken down.

In a post about the tax evasion case of Mighty Corp., Uson cited Article 263 of the Constitution. The 1987 Constitution has only 18 articles.

On Nov. 18 last year, when the late dictator Ferdinand Marcos was given a hero’s burial, and St. Scholastica’s College students rallied in protest, Uson claimed to have received a message from a distraught parent accusing the school of “child abuse,” for forcing her daughter to join the rally.  Several parents denied the claim. —WITH A REPORT FROM  INQUIRER RESEARCH