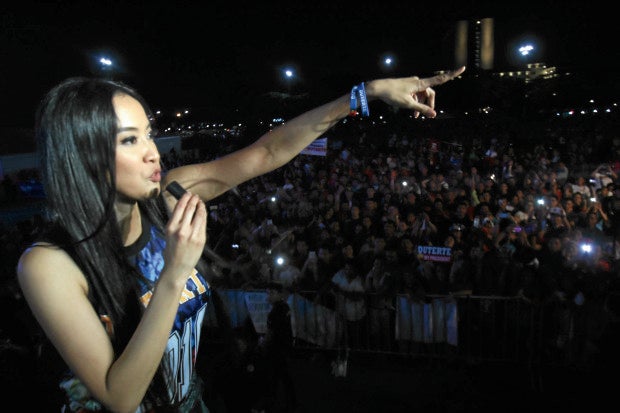 What will controversial entertainer-blogger Mocha Uson do as part of President Rodrigo Duterte’s official mouthpiece?

Uson, who was appointed as Assistant Secretary of the Presidential Communications Operations Office (PCOO) on Tuesday, would be in charge of Malacañang’s social media properties.

In a Facebook post on her page “Mocha Uson Blog,” she said she would use the Palace platforms to fight what she called as “fake news” supposedly being perpetrated by the mainstream media, which she once tagged as “presstitutes” for alleged bias against the President.

(Join me, fellow DDS. It’s time that we don’t rely on fake news of some mainstream media, and let us strengthen social media with the help of the true DDS. Because we are the media of Duterte.)

(Many thanks again for our President’s trust. Expect that we will double our efforts in serving our country, fellow DDS. Thank you so much. Long live the Philippines. Long live the ordinary Filipinos!)

Uson herself is being accused of peddling fake news online against the President’s critics to defend the administration. In March, Uson’s program over radio station DZRH was suspended after she spewed expletives against Vice President Leni Robredo.

The former sexy star was earlier appointed as board member of the Movie and Television Review and Classification Board (MTRCB), a post that is now relinquished following her new appointment. YG/JE