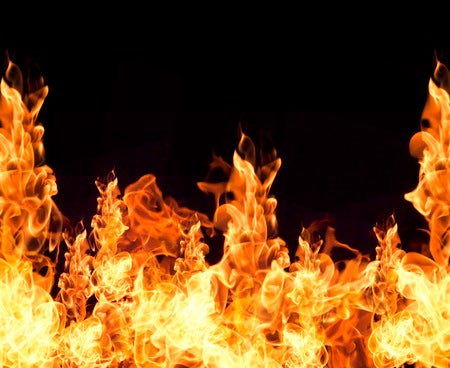 MANAGUA, Nicaragua — A pastor and several followers were sentenced on Tuesday to 30 years in prison for a fatal exorcism in a remote part of Nicaragua in which a woman was thrown naked onto a fire.

Pastor Juan Rocha, 23, and four others received the maximum 30-year term for murdering the victim, 25-year-old mother-of-two Vilma Trujillo. He and three of the followers also received six years for the woman’s illegal detention.

The five accused had testified during their trial that they believed Trujillo had been possessed by the devil, but denied killing her.

From February 15 to 21, Trujillo was kept tied up without food or water in the chapel of the evangelical church Rocha ran in the northwestern village of El Cortezal, witnesses said.

Then she was thrown naked onto a burning pile of wood. Rescued hours later by relatives, she died after a week in a Managua hospital with severe burns.

“The suffering that Trujillo was subjected to is something no human being should go through,” sentencing judge Alfredo Silva said.

He added that the killing was premeditated and an abuse of the trust Trujillo had placed in the convicted men.

Rocha and his four followers — his brothers Tomasa Rocha and Pedro Rocha, and Franklin Jarquin and Esneyda Orozco — were convicted of murder in a trial that ended a week ago.

All but Orozco were also found guilty of illegal detention.

The court additionally fined the men $522 each — a substantial sum in Nicaragua, where the average salary is less than $400 per month.

None of the men showed any reaction as the sentences were read out.

Their lawyers said they would lodge an appeal to try to have the prison terms shortened. The conviction, delivered by a jury, cannot be appealed under Nicaraguan law.

Rocha belongs to a religious group known as the Assemblies of God. Its leaders distanced themselves from him, saying he was not a designated preacher for their church. CBB