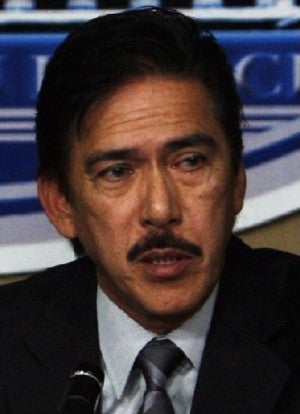 MANILA — Majority Leader Sen. Vicente Sotto III now finds himself pushing for the plight of solo parents after his controversial remarks against Social Welfare Secretary Judy Taguiwalo that had led to his being bashed big time in social media.

“It’s a blessing in disguise that the issue has been blown out of proportion because there’s more attention to it,” Sotto said of his meeting on Tuesday with officers of the Federation of Solo Parents in Luzvimin (FSPL) at his office in the Senate.

Sotto was villified in social media last week after he joked about the fact that Taguiwalo had children out of wedlock during her confirmation hearings at the Commission on Appointments.

Sotto apologized immediately to Taguiwalo who accepted it.

“This is moving on so to speak on the issue that was brought up by the controversy,” he told reporters after meeting with the group representing about 80,000 solo parents where he vowed to push before December the passage of amendments to Republic Act no. 8972 or the Solo Parents Welfare Act.

The bill has been languishing in Congress for almost 17 years.

“We will seriously work on it and asked for the support of other members of Congress,” he said.

FSPL president Carina Javier told reporters that the group had wanted her to make a strongly worded statement against Sotto following the controversy but she told them he had apologized to Taguiwalo and she had accepted it.

“Who are we to blow it out of proportion? We want to move forward,” Javier said, adding she had pleaded to members to stop the bashing and not drag Sotto’s family into the controversy.

Javier said the amendments they were seeking included discounts on the prices of certain items such as medicine, hospitalization fees, tuition, milk and vitamins for themselves and their children.

Majority of the solo parents in the country are women who had been married and their spouses either were dead or had abandoned their families, according to Javier.

Javier also said until Sotto was embroiled in the controversy, they did not think of approaching him for help in passing the measure.

“I believe God led him to us,” she said, adding Sotto initiated the meeting with the group.  SFM