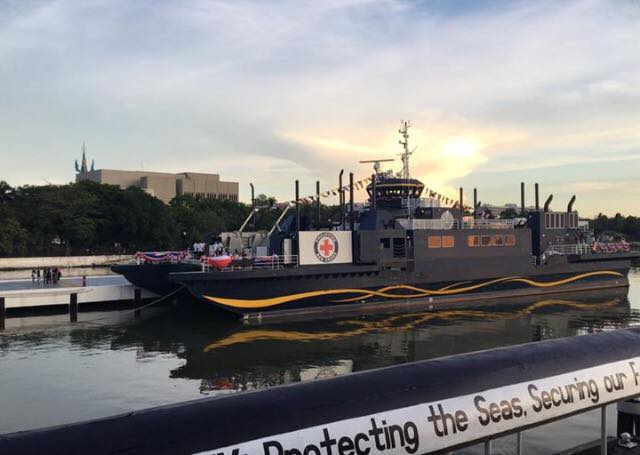 MANILA — The Philippine Red Cross officially commissioned on Monday, the M/V Amazing Grace, the country’s first and only humanitarian vessel which the organization will use as an ambulance and disaster response ship.

According to the PRC Chair, Sen. Richard Gordon, the vessel will ensure that life-saving services and goods will reach affected population in the fastest possible time and in the most efficient manner possible.

“The ship is the realization of our vision to establish the PRC as the foremost humanitarian organization in the country, capable of delivering timely humanitarian services that save lives and restore the dignity of the most vulnerable,” said Gordon.

President Rodrigo Duterte will christen the new ship on Tuesday (May 9), marking a milestone for PRC, which celebrates its 70th anniversary in 2017.

The ship will be supported by PRC’s warehouses now operating in different parts of the country with relief goods and other supplies already prepositioned. It will complement PRC’s already existing logistics lineup.

The vessel will be able to carry 6×6 trucks, ambulances, and relief goods to people affected by disasters. It is also capable of evacuating thousands of people from a particular barangay to a safer place when needed, according to Gordon.

The PRC said it acquired the vessel since the Philippines has always been a disaster-prone archipelago.

“The Philippines is visited by an average of 22 to 26 typhoons a year; an average of 170 maritime accidents occur every year; and it is prone to earthquakes, fires, landslides, volcanic eruptions, and man-made disasters like armed conflicts and terrorism,” the PRC said in a statement. 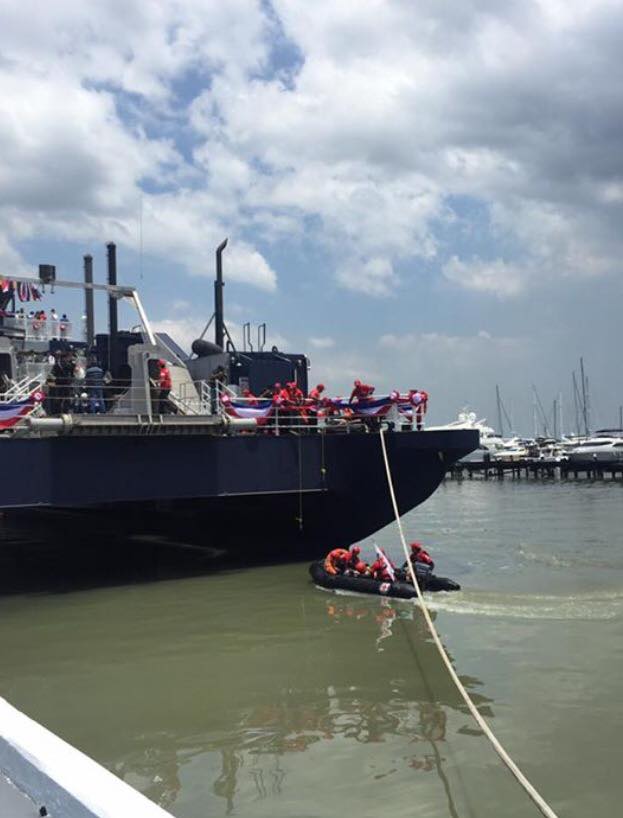 “The necessity for acquiring the ship was further driven home by the PRC’s experience when typhoon Yolanda battered Eastern Visayas, causing the closure of airports and seaports, which made it difficult for the Red Cross to bring relief to the affected areas,” it said.

“With this, the PRC—in partnership with the International Federation of Red Cross and Red Crescent Societies (IFRC), British Red Cross, German Red Cross, Japanese Red Cross, and American Red Cross—raised funds to acquire its own ship to effectively perform its humanitarian work in the Philippines and the Asia Pacific Region,” it added.

PRC’s humanitarian vessel is a ship formerly owned by the Matanuska-Susitna Borough located in the U.S. state of Alaska.

It is a 195-foot prototype vessel originally designed by the U.S. Navy as a landing craft to transport military equipment like battle tanks. It is a twin-hulled catamaran Roll on Roll off (RORO) vessel powered by four diesel engines.

M/V Amazing Grace is a ship that is capable of operating as both a cargo-loaded barge that can haul itself onto shore and a twin-hulled vessel that cuts through choppy seas. It has a main deck that can be lowered to offload equipment and can land on the beach in as shallow as four feet of water.

Its space can hold up to 120 passengers, 20 vehicles and has a 35-ton overall freight capacity.

It is one of the most high-tech ships ever built. For instance, instead of the usual steering wheel, it has a joystick for steering.

The ship was built in 2010 and was never used commercially.

The Mat-Su Assembly unanimously approved the plan to sell the ferry to the PRC for $1.75 million, a fraction of what the borough originally hoped to get for it, which was $6.5 million.  SFM