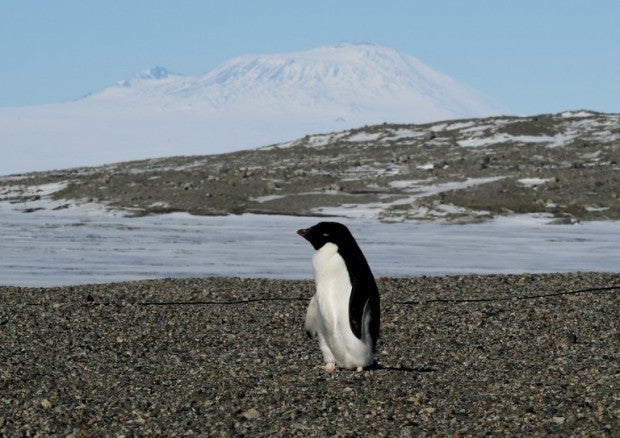 PARIS—As UN negotiators meet in Bonn to thrash out rules for implementing the climate-rescue Paris Agreement, the stakes have never been higher.

Following are some key climate measures that illustrate the risks of global warming.

In 2016, Earth’s average surface temperature hit a record level for the third consecutive year since records began in 1880.

The global average temperature was about 1.1 degree Celsius (1.98 Fahrenheit) over pre-industrial levels, and about 0.06 C above the previous record set in 2015, according to the World Meteorological Organization (WMO).

The 21st century has already seen 16 of the 17 hottest years on record.

The Arctic Ocean could be ice free in summer as early as 2030.

In parts of Arctic Russia, temperatures were 6 C to 7 C higher than the long-term average.

On the other extreme of the world, Antarctica, sea ice hit its lowest extent ever recorded by satellites at the end of summer.

High-altitude glaciers, meanwhile, declined in surface area in 2015 for the 36th year in a row.

For the first time on record, in 2015, the amount of CO2 in the atmosphere averaged 400 parts per million (ppm).

Most climate scientists agree that greenhouse gas concentrations in the atmosphere must be capped at 450 ppm of CO2 equivalent (CO2e) for a fighting chance at limiting average global warming to two degrees Celsius (3.6 degrees Fahrenheit) over pre-industrial levels.

This is the limit enshrined in the 2015 Paris Agreement.

Fossil fuel-generated greenhouse gas emissions are expected to have remained stable in 2016 for the third consecutive year, even as the global economy grew. But to stay on target for 2 C, they need to decline.

Meanwhile, scientists are warning of an unexplained rise of methane, which has a far more potent warming effect than CO2, in the atmosphere.

Sea level rise, caused when ice melts and warmer water expands, continued and appeared to be accelerating, according to a recent report.

READ: Seas rising way faster than at any time in past 2,800 years

The pace is likely to pick up further as ice sheets and glaciers shed mass, threatening the homes and livelihoods of tens of millions of people in low-lying areas around the world.

The National Oceanic and Atmospheric Administration said in January the global average sea level could be between 0.3 and 2.5 meters higher by 2100.

On current trends, the melting Antarctic ice sheet on its own could contribute to a metre of lift, according to one study.

According to the WMO, it is possible to “demonstrate clearly the existence of links between man-made climate change and many cases of high-impact extreme events, in particular heatwaves.”

The intensity of typhoons battering China, Taiwan, Japan and the Korean Peninsula since 1980, for example, has increased by 12 to 15 percent.

Natural disasters drive about 26 million people into poverty every year, says the World Bank, and cause annual losses of about $520 million (473 million euros).

Of the 8,688 species of animals and plants listed as “threatened” on the International Union for the Conservation of Nature’s (IUCN) Red List, 19 percent — 1,688 species — have been negatively affected by climate change.

Australia’s Great Barrier Reef was undergoing an unprecedented second straight year of bleaching due to warming seas, and scientists have warned parts of it may never recover.