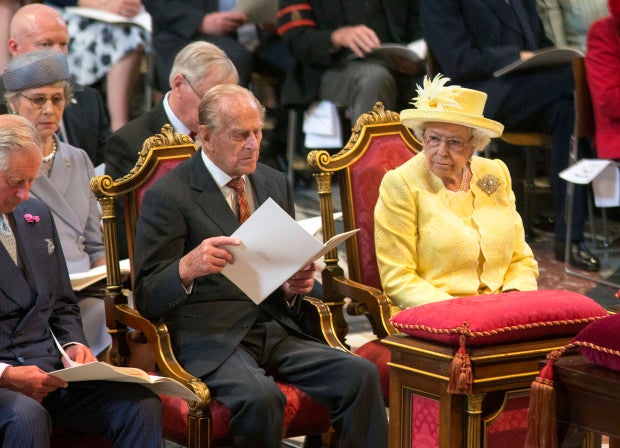 The decision was taken with the full support of the monarch, the palace said in a statement.

The Duke of Edinburgh, who turns 96 on June 10, is the longest-serving consort in British history, and conducted 219 royal engagements last year.

A meeting of Buckingham Palace staff was called for 10:00am (0900 GMT), sending British news organizations into a flurry of speculation.

“His Royal Highness The Duke of Edinburgh has decided that he will no longer carry out public engagements from the autumn of this year,” the statement said.

“In taking this decision, the duke has the full support of the queen.

“Prince Philip will attend previously scheduled engagements between now and August, both individually and accompanying the queen.

“Thereafter, the duke will not be accepting new invitations for visits and engagements, although he may still choose to attend certain public events from time to time.”

Prince Philip has been ever-present at his wife’s side since she took the throne in 1952.

They married in 1947 and will celebrate their 70th wedding anniversary on November 20.

It is likely that the monarch will be accompanied by younger members of the royal family on future engagements.

The duke carried out royal duties on 110 days last year — more than his grandchildren Princes William and Harry.

“The Duke of Edinburgh is patron, president or a member of over 780 organizations, with which he will continue to be associated, although he will no longer play an active role by attending engagements,” the palace statement said.

“Her Majesty will continue to carry out a full programme of official engagements with the support of members of the royal family.”

Philip was in good form when he opened a new stand at Lord’s cricket ground in London on Wednesday.

“You’re about to see the world’s most experienced plaque-unveiler,” he quipped just before pulling the cord to part a small curtain.

He looked at a selection of cricket bats through the ages, joking that one looked like “an offensive weapon”.