De Lima: Duterte got the right woman for DENR, but... | Inquirer News

De Lima: Duterte got the right woman for DENR, but…

'Despite all his tough talk, President will not dare fight powerful mining interests'
By: Jeannette I. Andrade - Reporter / @jiandradeINQ
Philippine Daily Inquirer / 04:47 PM May 04, 2017 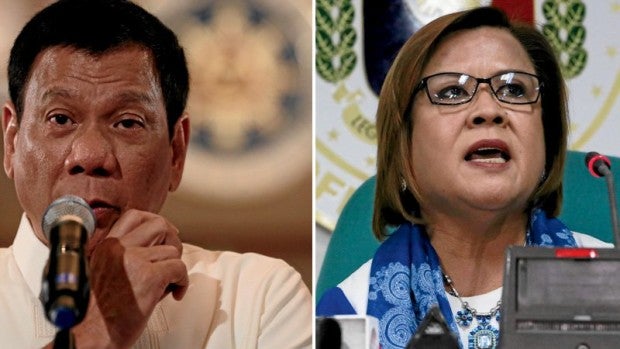 MANILA — In what may be a first, detained Senator Leila de Lima actually had praise for President Duterte.

De Lima credited on Thursday Mr. Duterte for designating Gina Lopez to the post of Department of Environment and Natural Resources (DENR) secretary.

In her latest dispatch from the Philippine National Police (PNP) Custodial Center, the senator expressed dismay at the Commission on Appointments rejection of Lopez’s appointment.

“I cannot say that I am surprised.  These days, it isn’t anymore surprising to see men and women of the strongest conviction—who have the moral courage to stand up for what is right—be rejected, undermined and even be subjected to ad hominem attacks by a system run by vested interests,” De Lima wrote.

She further maintained, “Let it not be said that I never gave Duterte credit for anything. He chose the right woman for the job.”

But De Lima noted that it was too bad that Mr. Duterte was unable to keep Lopez as DENR secretary.

“Apparently, there are forces in this country that even Duterte cannot risk being enemies with, inspite of all his tough talk about the destruction of the environment by mining companies,” she pointed out.

She lauded Lopez for her passion and principles and assured the former DENR secretary that it was not her failure but the system’s.

“It is the system that failed. It is the system peopled with those who opted to allow vested and financial interests to prevail over what is right and, in the ultimate analysis, practical and logical. It is that system that failed you, and it failed our people, including those that have been led to believe that all they deserve in life is to scratch a living out of the death and destruction of the environment, and at the peril of their own health and safety and that of their family,” De Lima said.

The senator told Lopez that her quest to protect the environment “will not always be quixotic” and that the advocacy will someday be given the respect and support it deserves from the people and the government.

She advised the former DENR secretary, “Until then, don’t stay down. Don’t let them see you defeated and silenced. Keep fighting the good fight. I do believe you can fly and touch the sky.”  SFM/rga