Hail stones rain on Wao, Lanao Sur; no one hurt 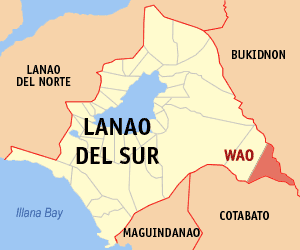 ILIGAN CITY – Ice, as big as corn grains, rained on Wao, Lanao del Sur, Tuesday afternoon but no damage or injuries had been reported, a local official said.

Perla Iñigo, the human resource officer of Wao, told the Philippine Daily Inquirer by phone on Wednesday that the hailstorm occurred amid heavy rain and thunderstorm.

She said it was scorching hot in the town in the morning and by 4:30 p.m., heavy rain poured.

In 2013, a similar phenomenon occurred in Lipa City. A hailstorm also hit parts of Quezon City in April 2015.

Meteorologists said hailstorms were caused by “gravity-defying rain” or what was called a “sustained updraft.”

Meteorologists explain that when warm air rushes up, it lifts moisture and pushes it into cooler parts of the atmosphere. If the lift created from the updraft was strong enough to keep the moisture aloft, hail begins to form.  SFM