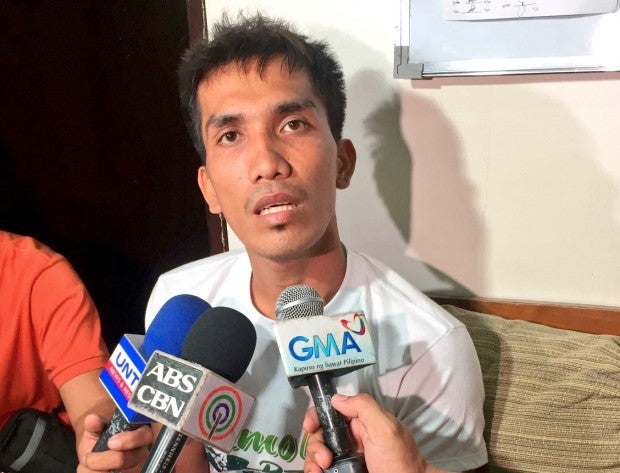 Anti-cybercrime police arrested on Wednesday a 24-year-old man in Quezon City after he allegedly threatened to post nude photos of his ex-girlfriend on social media if she wouldn’t pay him P17,000 cash.

Joint operatives of the Philippine National Police’s Anti-Cybercrime Group (PNP ACG) and Masbate police nabbed Reynaldo Morales in an entrapment operation in a bus terminal in Cubao at 10:36 a.m.

Morales, a factory worker in Marilao, Bulacan, was caught forcing his ex-girlfriend to ride a taxi en route to a motel as he allegedly demanded money and sexual favors from the victim.

Both the victim and suspect, who had been in a relationship for three years, hail from Masbate province.

In an interview with reporters at the ACG headquarters in Camp Crame, Morales denied the allegations of the victim against him.

When the victim failed to give in to his demands, Morales posted her photos on his Facebook, investigation showed. He also sent the victim’s intimate photos to his friends through chat applications.

Police seized Morales’ cellphone and fan knife, which will be submitted for forensic examination.

The suspect is now temporarily under the custody of ACG while an inquest for coercion committed by  means, through and by the use of information and communications technology (ICT) under Section 6 of Republic Act no. 10175 or the Cybercrime Prevention Act is being prepared for filing in court against Morales./ac