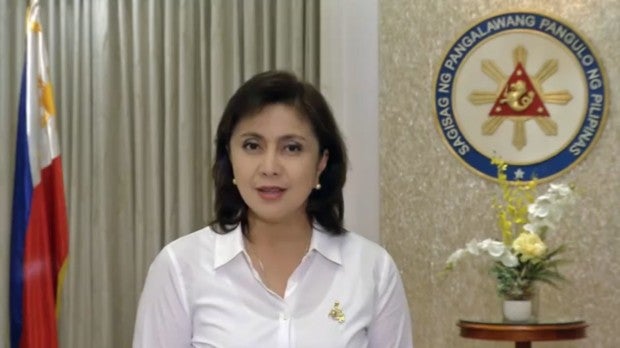 No member of the House of Representatives came forward on Tuesday to endorse the impeachment complaint by a group of lawyers against Vice President Leni Robredo in the second attempt to unseat her in two months.

Facing the House media, lawyer Bruce Rivera, one of the complainants, insisted that the complaint was “received” by a congressman but would not identify him or explain why the filing did not take place as announced.

Under the 1987 Constitution, an impeachment complaint may only be filed by a non-House member if it is endorsed by a congressperson.

“Think all you want. You can make it look like that,” Rivera said in reply to persistent questions about whether his group experienced difficulty in finding a House member to endorse their impeachment complaint.

“When we were forming it, [the congressman] already reached out, saying we should go through with it… It’s just that we have to be a little circumspect,” the lawyer said.

He acknowledged that President Duterte had publicly repudiated any attempt to impeach Robredo, and that his group was facing an uphill climb in the House, where Robredo served as Camarines Sur congresswoman before rising to the vice presidency.

Earlier Tuesday, Majority Leader Rodolfo Fariñas said the “Impeach Leni” group should secure an endorsement from a House member first before their impeachment complaint could be entertained under the rules.

“If those who file later do not get an endorsement, then it’s just a scrap of paper,” he told reporters.

At the briefing, Rivera could not immediately produce copies of the complaint, which he said amounted to about 30 pages, for the media, as the only validated copy was still with the unidentified congressman.

He, however, gave some details on the grounds cited and the purported evidence against Robredo.

Rivera said the impeachment complaint accused the Vice President of betrayal of public trust, culpable violations of the Constitution, and graft and corruption.

He said Robredo, as one of the sovereign leaders of the Philippines, betrayed the republic when she delivered a recorded speech to a United Nations panel meeting strongly criticizing the administration’s war on drugs.

He said the Vice President’s words were “reckless and irresponsible,” noting disavowals by the Philippine National Police and other government agencies about her claims in the recorded message, including an allegation about a “palit-ulo” scheme, literally meaning “exchanging heads” of those on drug watch lists with their friends or family.

Rivera also accused Robredo of misdeclaring her assets in her statement of assets, liabilities and net worth (SALN), when she only put in her shares in Meralco as a “business interest” without giving any amount.

He also ascribed irregularities to Robredo when she still chaired the Housing and Urban Development Coordinating Council, saying Pagibig funded a convention in the United States that was not about housing but about social empowerment.

Robredo is the nominal leader of the Liberal Party. In December she quit President Duterte’s Cabinet as housing secretary over policy and political differences and emerged as a leading opposition figure.

In March, Marcos loyalists Oliver Lozano and Melchor Chavez submitted to the Speaker’s office an impeachment complaint alleging that Robredo betrayed the public trust for her six-minute video to the 60th United Nations Commission on Narcotic Drugs annual meeting in Vienna.

Asked if his group also provided Speaker Pantaleon Alvarez with a copy of the complaint, Rivera would not confirm or deny, saying only: “We respect Speaker’s position but we don’t want to ruffle his feathers there.”

Later Tuesday, Puwersa ng Bayaning Atleta Rep. Jericho Nograles said he was approached by two lawyers with the impeachment complaint bearing his name without his consent.

“They said they are the complainants of the impeachment complaint against Vice President Leni Robredo. And when presented with the complaint, I was surprised to see my name on the complaint,” he told reporters.

“And I did not give you any authority to use my name. I don’t know why you are presenting this to me, and I’d like you to leave my office because you are using my name without my consent,” said Nograles, brother of Davao City Rep. Karlo Nograles,  chair of the appropriations committee.

He was apparently one of the lawmakers approached by Rivera’s group to endorse the complaint. As of Tuesday evening, there were no confirmed takers./rga