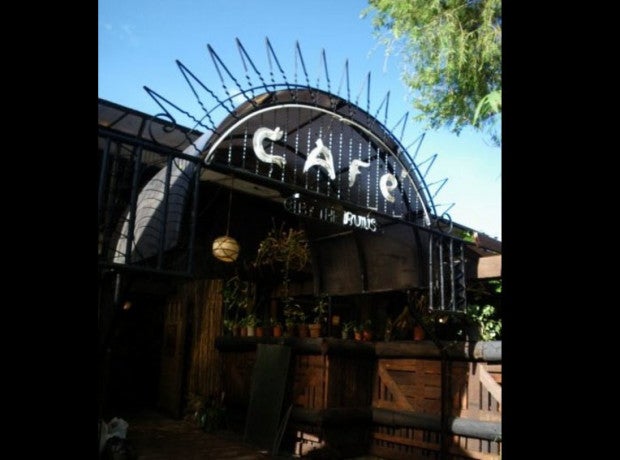 Before tragedy struck. SCREENGRAB FROM CAFE BY THE RUINS FACEBOOK PAGE

BAGUIO CITY — The city’s most popular artist haven Cafe by the Ruins was gutted by fire on Sunday as Baguio was deluged by Labor Day weekend visitors.

The fire ate through the light bamboo and wood structure and cogon roofing of the restaurant at 25 Shuntug Road, across City Hall, at about 12 noon, said Fire Officer 2 Freddy Longangen, duty officer of the Baguio Fire Department.

No one was hurt. Fire investigators are still examining the area to determine what caused the blaze.

It was built by a group of artists and writers in 1988 on the ruins of a building that was destroyed when Baguio was carpet bombed by the United States as it liberated the city from the Imperial Japanese Army in 1945. The Japanese Army headquarters at Camp John Hay.

One of the Cafe’s founders, Laida Lim-Perez, was at a book launch when the fire destroyed the iconic food destination. CBB