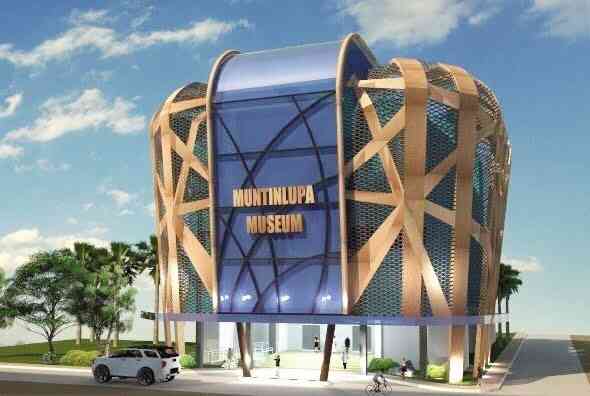 Construction has started for the five-story structure in Barangay Tunasan.

It may or may not sway viewers to consider going into aqua-culture, but it is inspired by one of the oldest sources of livelihood among the lakeshore folk of Muntinlupa City.

The city government is allotting P180 million to build a museum designed like a baklad—a type of fish trap used by residents who make a living off Laguna de Bay.

Construction officially started on April 25 on Laguerta Street, Barangay Tunasan, and the structure is expected to be finished in time for Muntinlupa’s centennial celebration on Dec. 19 this year.

City architect Beaudon Causapin said the design of the five-story structure would be based on the baklad—a contraption made of bamboo poles and nets—and would thus allow natural ventilation while remaining earthquake-resistant.

Ironically, the project is taking shape as the local fishing community anxiously awaits the implementation of a directive from the Laguna Lake Development Authority (LLDA) to dismantle a number of fish pens and fish cages on the freshwater lake.

An order to clear Laguna de Bay of vast fish pens was issued by President Duterte in his first State of the Nation Address last year.

LLDA Board Resolution No. 518, signed by Environment Secretary Gina Lopez, ordered all operators of fish pens and fish cages to have their structures torn down supposedly by March 31, but it has yet to be carried out in Muntinlupa.

The clearing operations would primarily target fish pens that occupy 50 hectares or more, structures which block navigational lanes, and fish pens whose owners have outstanding loans from the city government.

Around 1,300 Muntinlupa residents, who are either fish pen operators or caretakers, are expected to be affected by the order.

But Marylilibeth Deloso, the chief of the city agriculture office and concurrent head of the city lake management office, assured local fisherfolk that they would not lose their sources of income.

“They could still shift to setting up fish traps (baklad) or smaller fish cages,” she said in an interview.

Causapin said the baklad museum would promote an aspect of local culture while offering a new tourist attraction in the city.

Its first floor will house an interactive gallery with alfresco dining restaurants, a data storage facility, and the new location of the city’s Cultural Tourism Development Office.

The second floor will hold the Gallery of Culture and Tradition, the museum’s main gallery, and the Mayor’s Hall.

There will be a science center on the third floor where students can showcase their projects, while a multipurpose hall that can provide space for art exhibits and related activities will be on the fourth floor.

The fifth floor will feature a 216-seat theater for cultural shows, community programs, audiovisual presentations and other events.

Mayor Jaime Fresnedi expressed hope that the museum would “catalyze awareness of Muntinlupa’s history among locals, especially the youth.”

Just like the nearby Muntinlupa police station completed in January, the museum will be equipped with solar panels and LED lights to minimize power consumption, as well as a rainwater collection system for recycling, Causapin said.