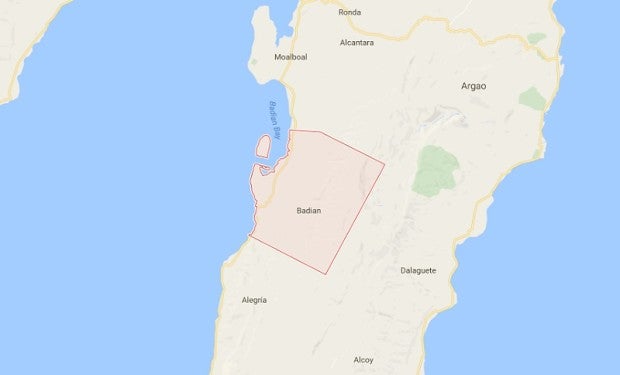 CEBU CITY–A sinkhole was discovered on Saturday morning in a river in the mountain barangay of Taytay, Badian town, 106 kilometers south of Cebu City.

Police Officer 1 Rodjie Alicaway of the Badian police station said they received an information from a concerned citizen regarding the presence of a sinkhole in the middle of a river.

At 6:20 a.m. on Saturday, investigators went to the place and saw the sinkhole which was about two meters wide. Authorities had yet to determine its depth.

“We tried to insert a 20-meter long bamboo into the sinkhole and yet it failed to touch the bottom of the hole. It must be very deep,” said Alicaway in a phone interview.

He said they reported the matter to Badian Mayor Carmencita Lumain for proper action.

The police has cordoned the area to prevent people and their animals from entering the place where the sinkhole is situated.

“We’re afraid that there might be those who will fall into the hole,” Alicaway said.

Sinkholes are formed usually after heavy rains or earthquake.

In 2015, at least four sinkholes were discovered in Badian town after Typhoon Seniang.