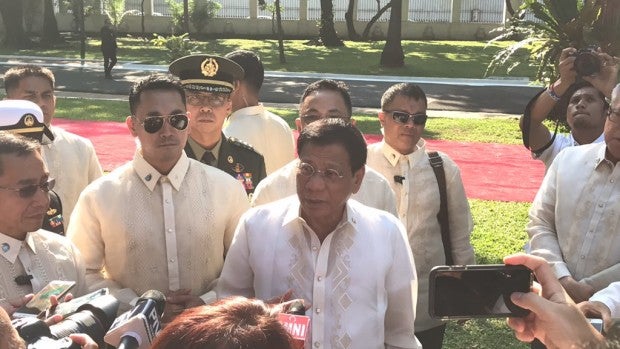 President Rodrigo Duterte on Friday laughed off the proposal of Vice President Ma. Leonor “Leni” Robredo to study the possible decriminalization of drug use in the Philippines, following example of Portugal, which made the radical decision of decriminalizing drug use in 2001.

Like Robredo, the EU also made a proposal for a “health-based” approach to the Philippines’ drug problem, which Duterte has rejected.

(Their suggestion is for me to build clinics in Manila, and then just supply the cocaine. That Robredo.)

READ: Why not decriminalize drug use? VP urges gov’t to study Portugal move

Duterte’s brutal crackdown on illegal drugs has received global criticisms but the chief executive was frim on his promise to stop the narcotics trade in the Philippines. IDL