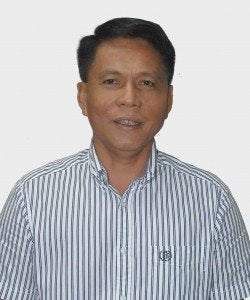 CAGAYAN DE ORO CITY – Iligan City Mayor Celso Regencia has ordered the closure of an FM radio station which has been critical of his leadership.

But Jose Pantoja, the Iligan City spokesperson, said the closure of Radio dxLS or Love Radio last Apr. 20 was due to its violation of the city’s business code. The station has remained off-air as of this week.

These, he said, included its failure to pay local taxes and failure to secure a business permit for seven years now.

Pantoja said in total, Love Radio owed the city government P42,125.74 in taxes and had refused to settle it despite repeated notice.

“This has nothing to do with politics. This is a campaign to increase local revenues,” he said.

DxLS, which has been broadcasting under the franchise of the Manila Broadcasting Co., has not issued any statement but a media source said they believed that the closure order was in retaliation for the station’s critical stance against Regencia.

When Regencia was jailed for the December 2014 ambush of former Iligan City Representative Vicente Belmonte, during which four of the then lawmaker’s companions were killed, the station’s public affairs anchors had repeatedly criticized Regencia, saying he could rot in jail for the crime.

Regencia was freed last January 30 when the court dismissed the murder and attempted murder cases against him.

The Philippine Daily Inquirer learned that only dxLS had been padlocked so far for not paying taxes to the city government of Iligan.

But Pantoja said dxLS was just the start and that more companies would follow if they refused to settle their obligations with the city.

Senior Supt. Leony Ga, the Iligan City police director, was quoted in a report as saying that the closure order against dxLS was signed on April 19. He said that the radio station also had no fire and health safety certifications.  SFM/rga