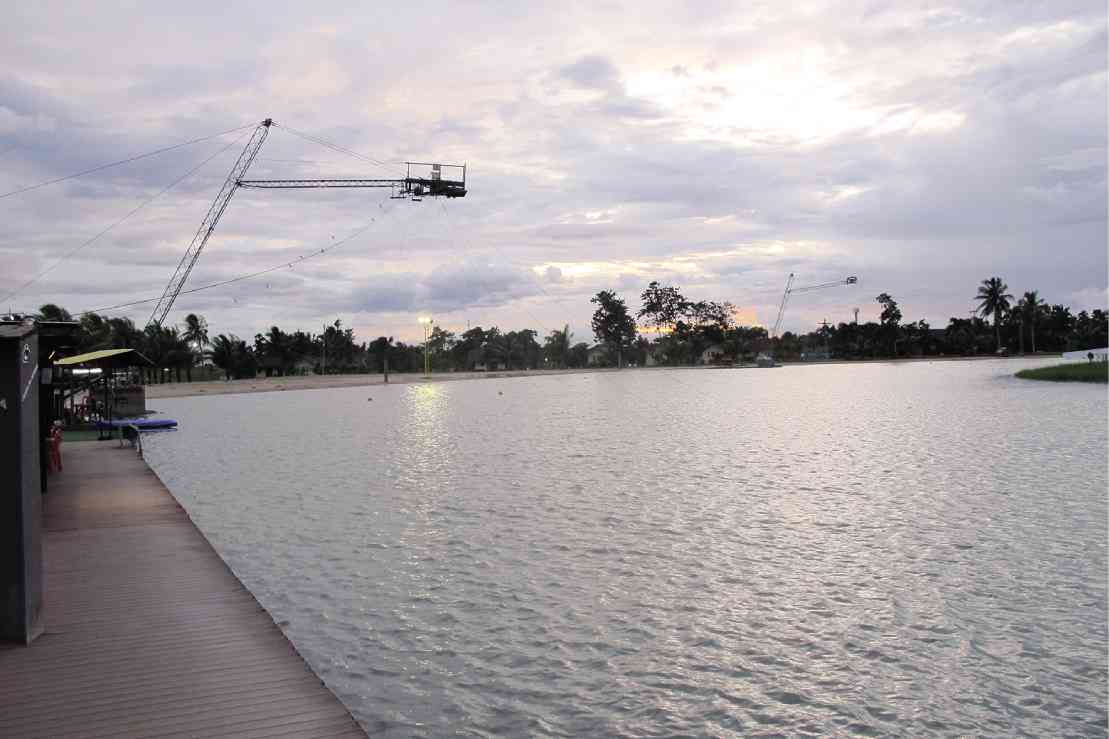 NAGA CITY — The Camarines Sur Watersports Complex (CWC) turns “bigger and better” with a second floating playground or “aquapark” after restorations were done on several of its facilities following the onslaught of typhoon “Nina” (international name: Nock-ten) which hit the country in December 2016.

On its 10th year anniversary, CWC authorities re-launched the aquapark, one of its extreme water activities, Thursday.

The floating playground measures 60 square meters and could accommodate up to 400 individuals. It will be four times bigger than the size of the old aquapark installed in 2006. It includes trampolines, rope swings and multiple waterslides.

Chris Hopf, manager of the CWC, said “Nina” gave them the opportunity not just to restore but also improve and build new facilities that could potentially boost the tourism in the province.

“Typhoon ‘Nina’ did hit us pretty bad but instead of just putting everything back the way it was, we made new facilities and we want to go bigger and better on our 10th year that’s why we decided to put up a bigger aquapark. We want to put the fun to a whole new level,” he said.

“Nina” left cabins, huts and other facilities in CWC wrecked but according to Hopf, they are now 100 percent back to business.

CWC is known as one of the finest wakeboarding parks in the country.

Aside from the aquapark, CWC will also have fitness stations around the Lago del Rey, a lake park with a 2-km walking path.

“We also want to promote fitness and health while the guests are having fun through putting up fitness stations like the ones with pull up bars, monkey bars, sit-up stations and bike tracks,” Hopf said.

The aquapark is funded by the Camarines Sur province and the second inflatable playground built in the country next to the “inflatable island” in Olongapo City, Zambales.

The CWC is also gearing up for the national wakeboarding tournament which will be held here on May 26, 27 and 28.  SFM 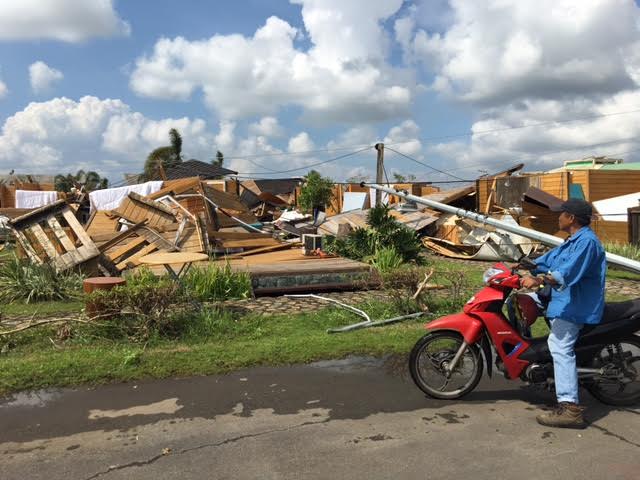 The cabins of the Camarines Sur Watersports Complex were among those wrecked by Typhoon Nina (Nock-ten) in December 2016. (PHOTO BY JUAN ESCANDOR / INQUIRER SOUTHERN LUZON)