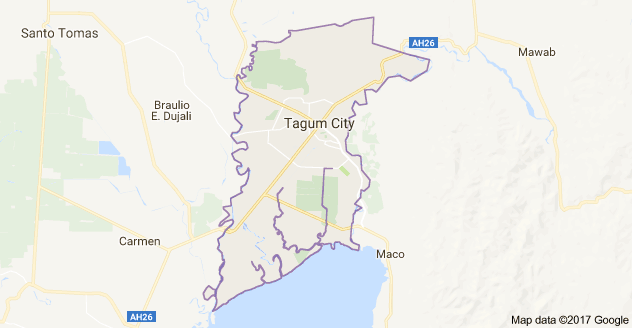 TAGUM CITY, Davao del Norte – A female physician was killed and 10 other medical practitioners from Baguio City were injured after the van they were riding in rammed a center island along the Davao-Butuan highway here on Thursday, police said.

Tirador said the victims had come from Southern Philippines Medical Center in Davao City on their way to a “lakbay-aral” (educational tour) in Tagum when the accident happened.

She said the black Hi-Ace van (AAH-492) was apparently traveling at high speed as it tried to overtake three other vehicles before it hit a concrete center island.

“The van flipped on its side, pinning its occupants,” Tirador told the Philippine Daily Inquirer by mobile phone.

The victims, all connected to the Baguio General Hospital, were on their way to a “benchmarking seminar” at the Davao Regional Medical Center (DRMC) in Apokon village here, said Dr. Rodel Flores, DRMC chief of clinics.

Tirador said the victims were rushed to various hospitals in the city for treatment, while the driver whom she did not identify, has been placed under police custody. Appropriate criminal charges are being readied against the driver, according to Tirador.  SFM