Malacañang on Tuesday declared April 28, Friday, a special non-working day in Metro Manila in time for the Association of Southeast Asian Nations (Asean) Summit this week.

Executive Secretary Salvador Medialdea, acting on the authority given by President Rodrigo Duterte, signed Proclamation No. 197.

The Department of Labor and Employment (DOLE) said workers who would work on Friday should be paid an additional 30 percent of his daily rate.

Medialdea earlier released Memorandum Circular No 18, suspending work in the cities of Manila, Makati and Pasay on April 27.

READ: Work suspended in parts of Metro Manila on April 27-28

Suspension of work on April 29, Saturday, it said, was left to the discretion of the affected local government units (LGUs) and employers.

Classes in public and private schools on all levels in Metro Manila are also suspended on April 28 while suspension of classes in the cities of Pasay, Makati and Manila on April 27 will be left to the discretion of their school heads.

The Asean Summit and related meetings will be held from April 26-29 at the Philippine International Convention Center (PICC) in Pasay City, where leaders of the 10 member-states of the Asean are expected to attend. IDL/rga 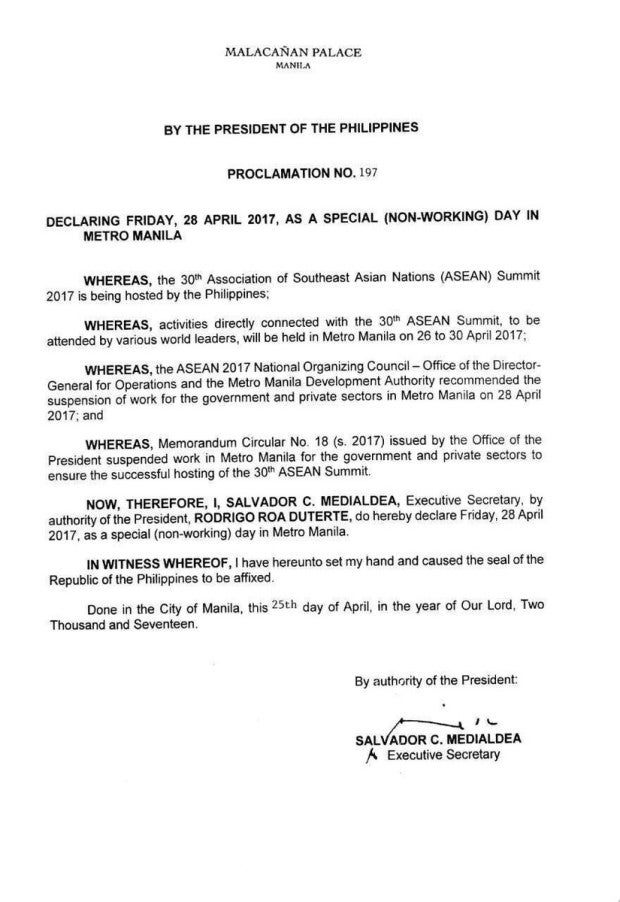 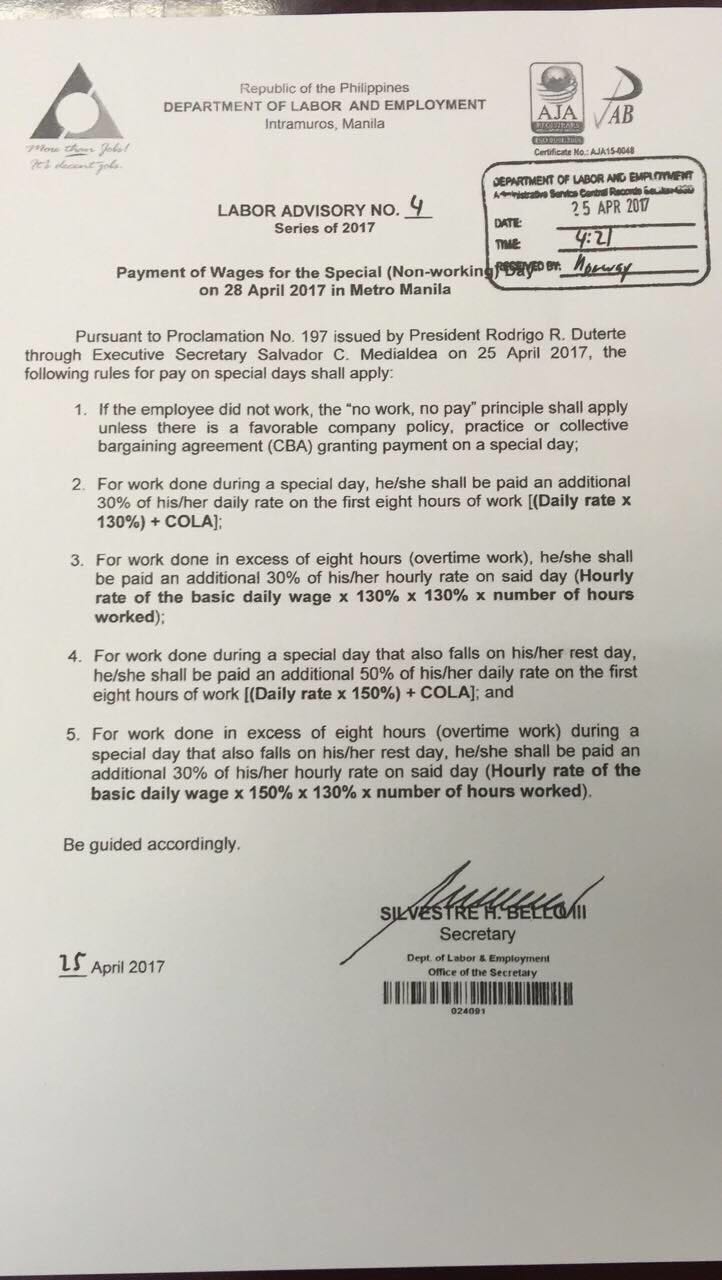