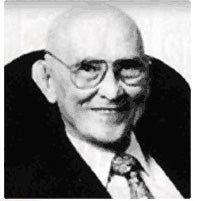 MANILA, Philippines—Until he died of pneumonia on Monday, National Artist for Literature Alejandro R. Roces, 86, was the country’s best humorist and expert on the fiesta as a unique manifestation of Philippine culture and heritage.

Humor and culture are strange bedfellows when taken cursorily by the literary dilettante: Too often when Philippine culture is considered by the specialist, there’s hardly any humor in it. If there’s any at all, it’s often black and edgy, even portentous and pessimistic, such as that Philippine culture is damaged or hopeless, beyond redemption.

But in the lighthearted and wise pen of Roces, Philippine culture has aspects of humor, warmth and vibrant hope. In fact, it’s humor that keeps Filipinos resilient, so Roces could as well be declared the one Filipino writer who celebrates Filipino humor, hope and resilience.

Roces came to the National Artist pantheon in a rather tortuous, unwelcome route. Sidetracked by the normal nomination process, he was, however, made a National Artist through presidential fiat by President Gloria Macapagal-Arroyo in 2003.

Since he had been the education secretary of President Diosdado Macapagal, his proclamation by the daughter of his former boss was understandably seen as questionable. But even if he had the body of work to show for his National Artist title, his oeuvre was seen as inadequate.

Part of the reason his literary credentials were denigrated by those who evaluated his nomination was that his stature as a creative writer was doubted.

While he had a number of short stories in his cachet, some of them having even won international awards, he had consolidated his literary reputation toward the end by his works on culture and history. And since as a short story writer, he was a humorist, his talent was not taken seriously.

But as we all now know, Roces’ humor should not be taken lightly.

He was, after all, our best humorist. The humor is very much evident in the fiction reflecting his qualities as a person—as an engaging conversationalist, a fine raconteur and a man of tall tales, which in our context means the kuwentong barbero, or kuwentong kutsero, or, since Roces is a cockfighting aficionado, kuwentong sabungero.

Consider his most anthologized short story, “My Brother’s Peculiar Chicken.” Two brothers have an argument on whether a feathered creature they have seen dominating a cockfight is a hen or a rooster. To settle the matter, they look for the wisdom of the old. But none of those they consult seems to give the definitive answer.

“I know who can settle this question,” my brother said.

“The teniente del barrio, chief of the village.”

The chief was the oldest man in the village. That did not mean he was the wisest, but anything always carries more weight if said by a man with gray hair. So my brother untied the chicken and we took it to the chief.

“Is this a male or a female chicken?” Kiko asked.

“That is a question that should concern only another chicken,” the chief replied.

The dialogue is funny and fast-paced, as it is folksy and homespun. In the end, the two brothers allow the creature to be pitted against a Texan cock.

In the cockpit, the Texan cock seems suddenly to have been disarmed by the creature, which quickly pounces on him and gives him the lethal blow. So is the matter settled? No, the victorious rooster promptly lays an egg.

Aside from his kuwentong sabungero, Roces also churns out kuwentong piyesta. In fact, Roces is our poet of the fiesta. No Filipino writer, perhaps not even Nick Joaquin, has written as capably, as eruditely and as impressively of the fiesta as he. Read him:

In his “City of God,” St. Augustine conceived of a state as a community of beings bound together by the things they love. What its citizenry cherish determines its national character. The fiesta is the most beloved institution in the Philippines, the microcosm of everything the Filipinos hold dear. What does this tell us of the Filipino? The answer lies in the summary of the fiesta’s part in his formation.

At the time of the Spanish conquest, there were few barangays, or clan groups in the islands. Cebu, Manila and Vigan had barangays of 2,000 families. Clan groups consisted of 30 to 100 family units. The great majority of the archipelago’s half a million population lived solitarily in the wilderness.

Primitive life was anything but idyllic. The concept of the noble savage had no factual basis. Arcadia was supposed to be a place of sylvan simplicity and happiness. But its god Pan was depicted with the horns, ears and legs of a goat because its bestiality dominated his being.

Pan’s etymological contribution is “panic” because every sound heard at night was cause for alarm and ascribed to him. The cock became the universal sun-bird because its crow heralded the dawn, making monsters and evil spirits vanish.

To this day, when a Filipino knocks at a door, he announces his presence by saying, “Tao po (It’s a person)!” It is a linguistic throwback to his primitive past. What he means is that he is not a monster or malevolent spirit.

Sound of the bell

To spread the gospel, the Spanish friars launched a program to bring the scattered populace “under the bells.” The parish perimeter was the hearing distance of the bell, the sound of which reputedly kept evil spirits at bay. The fiesta was the magnet that attracted the secluded to life in the settlements.

Folks were totally fascinated with the medieval religious plays, the candle-illumined processions, the music and dance, games and exhibits that were standard fare of every fiesta. Least spectacular but most beneficial feast was Sunday. It revolutionized life by providing intervals of rest from drudgery that stunted mind and spirit.

The practice of going to Mass in one’s Sunday best started the evolution of the Filipino attire. There were few who would not abandon their forest clearings. And there were those who failed to adjust to communal life. They would not attend catechumen classes or contribute labor to community projects.

But even these diehards and misfits attended the fiesta.

Typhoons, fires, pestilence and droughts could convert a flourishing settlement into a ghost community. It was so difficult to sustain a settlement that the parish priest kept a census of the cemetery. The day the dead outnumbered the living was an eventful day. It meant the community had firmed its foundation.

With births, marriages and deaths recorded, Filipinos began to see themselves as historical beings. The town was the nation in embryo. This explains why the Filipino word for town, bayan, is also the word for nation. The Filipino saw his nation as just an expansion of his hometown …

‘Eternity in an hour’

The fiesta is the Filipino’s ultimate community expression. It is the community’s eternal moment, when the present is collectively experienced now, with the past brought to bear now, and future expectations entertained now. In short, “eternity in an hour.”

The fiesta has its detractors, who claim it is a waste of energy and resources. “The energy expended should be channeled to production.” The fiesta, however, is not a natural bounty. It is one of the benefits of production. Unproductive communities cannot celebrate fiestas. The fiesta, in fact, is an accurate barometer of progress.

It was a fiesta that toppled Ferdinand E. Marcos. People Power was not the work of any single cause-oriented group. People arrived in droves representing not only political groups but also their parishes. Many carried the images of their patron saints. There were no political speeches. No violence. No anger. Only prayers. And joy! It was the Filipino affirming his faith in the Filipino. Everyone was a hero. It was the City of God.

Except for the relatively spare prose, its hard-edged and crackling quality, its matter-of-fact tone, the excerpt could be mistaken as the best of the cultural criticism of Nick Joaquin. It could be said, in fact, that Roces was Joaquin’s equal in celebrating and invoking the Hispanic basis of Filipino identity.

But alas, it was because of his humor, and perhaps because he had chosen to write about cockfighting and fiestas that Roces seemed to have been denigrated as a writer of middling significance.

His lightheartedness had been taken against him—he was considered a lightweight writer. His cultural depth and his capacity to write about this in a way that could easily be communicated made him quite an uncomplicated writer. Therefore, he was not complex, he was not “angsty” enough to win the Nobel.

And perhaps because he had chosen to write about the fiesta, perhaps the most peculiar feature that sets the Filipino as a people, he had been taken as backward.

But Roces’ talent and gifts proved resilient. Next to Nick Joaquin, he was our foremost popular socio-cultural-historical writer. As a humorist, he stood second to none. As an essayist, he had a nimble pen. And as a man of the pen and of conscience, he was a solid writer; he wrote what Joaquin should call literature of fact, not fancy.

It is notable that the three most controversial choices in the literature awards involved nonfictionists—Roces, Carlos P. Romulo and Carlos Quirino.

Imaginative literature started to be exalted above other writings when formalism focused on the intrinsic qualities of a literary work, denying and deriding any reference to the outside world. So poets and fictionists were acclaimed, while historians, journalists and philosophers were disparaged.

The literature of the imagination became an icon and was divorced from the dynamics of social practice and the historical moment.

The situation obtains up to now. This explains why in the history of the Nobel Prize for Literature, only two nonfictionists have been given the award: the historian Winston Churchill and the philosopher Bertrand Russell.

But as the writings of Roces show, nonfiction that comes by way of the popular cultural essay can hold its own against fiction and imaginative writing. The popular essay has been held vulgar by the denizens of high literary academicism. But the joke is really on the academics and critics.

Indeed for Alejandro Roces and the popular literary genre that he and Joaquin have become particularly cherished for, everything’s coming up roses.