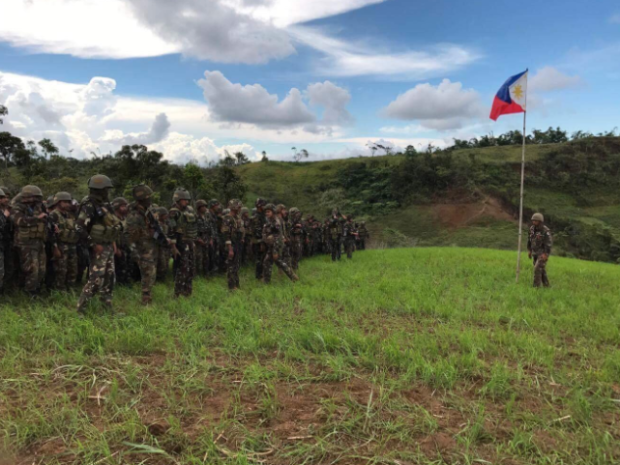 Thirty-six members of the ISIS-linked Maute terror group were killed in a series of clashes with government forces in Lanao del Sur, the military said on Monday.

Army’s 1st ID commander Brig. Gen. Rolando Bautista led the flag raising of the Philippine flag in the area once occupied by the Maute terror group.

The security forces were able to seize the Maute terror group’s camp, fortified with bunkers and running trenches, and were also able to recover war materiel, camouflage uniforms, hand grenades and IED components.

There were three body counts from the 36 members of the Maute killed, but the military is still validating the nationalities of the two foreign-looking nationals, Herrera said.

Three soldiers were injured from the operations.

Close to 2,000 people have been evacuated to safer grounds as of Sunday due to the fighting. But Herrera said the residents are still not allowed to return to their homes due to the ongoing clearing operations. JE