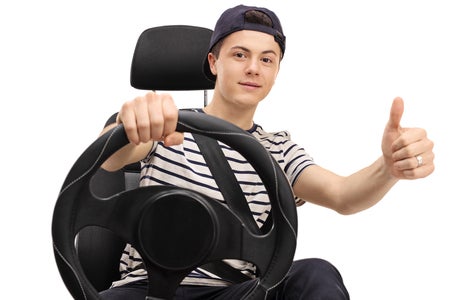 An unnamed 12-year-old boy (well, not this one) drove 1,300 kilometers from Port Macquarie to Broken Hill in New South Wales, Australia. File photo

Some of us may have wished to be able to drive a car when we were just 12, but one Australian boy actually got to live that dream.

An unidentified boy has been pulled over by police after attempting to drive on his own in New South Wales (NSW), Australia.

The Perth-bound lad, as per The Sydney Morning Herald, was stopped by Highway Patrol officers over the weekend when they saw that his car’s bumper was dragging along the ground.

“Officers from Broken Hill Highway Patrol stopped a motor vehicle on the Barrier Highway due to defects which made the vehicle hazardous,” a spokesperson from the police department confirmed to the news outlet. “Checks revealed the driver to be a 12-year-old boy travelling from Kendall NSW on his way to Perth.”

But before authorities could catch the boy red-handed, he already managed to travel some 1,300 kilometers, starting from Kendall near Port Macquarie on the east coast.

Aside from the loose bumper, the car appeared unscathed, the report said. The boy has since been arrested and continued to be questioned by authorities from the Broken Hill police station.

As of this writing, it remains unclear if the boy will face charges. Khristian Ibarrola/JB/rga