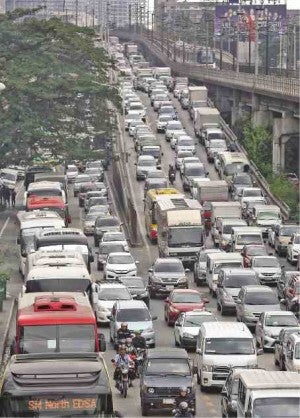 The Metropolitan Manila Development Authority (MMDA) will go after “colorum” (without a valid franchise) vehicles by setting up cameras to capture license plates and match these against a list of vehicles operating legally, MMDA officer in charge Tim Orbos said.

He added that the anticolorum monitoring stations would be set up this week, initially on Edsa.

According to Orbos, the agency will impound the vehicles found to be operating without a valid franchise and file cases against violators.

“You should not be there on the road, it’s criminal. If you get into an accident, you don’t even have insurance for the passengers,” he added.

The MMDA has been implementing various policies to help ease traffic on Edsa, one of Metro Manila’s busiest thoroughfares. Aside from the number coding scheme which has been in effect for over a decade, it has imposed a ban on light trucks at peak hours in the morning and evening.

Earlier, the MMDA said it was also considering imposing a toll on private vehicles passing through Edsa, taking inspiration from Singapore, which has been implementing the scheme since 1975.