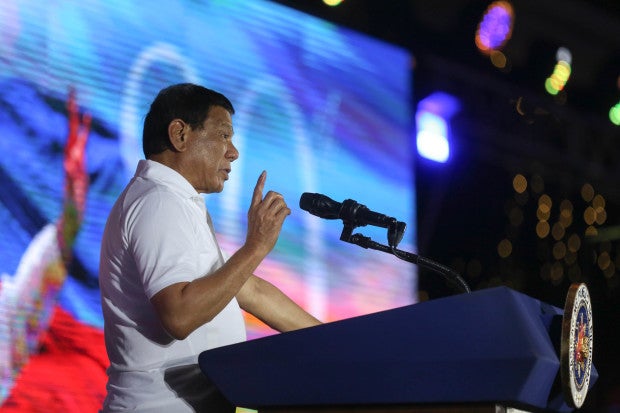 Malacañang on Sunday welcomed the stand of Liberal Party lawmakers from the House of Representatives not to support the impeachment proceedings against President Rodrigo Duterte.

Presidential Spokesperson Ernesto Abella said any move to oust Duterte from office would be “counterproductive” especially for the country’s economy, which had been foreseen to grow at the fastest pace in Southeast Asia this year.

“We welcome the Liberal Party’s position not to support any impeachment move against President Rodrigo Duterte, being the duly elected leader of our country with no less than 16 million Filipinos who voted for him. Any act to remove him from office is an attempt to subvert the people’s will,” Abella said in a statement.

“In addition, any impeachment process would be counterproductive for the Philippines, which has been described to be the fastest growing in Southeast Asia.  We therefore have to seize our economic momentum and not be derailed by destructive politics,” he added.

Fifteen LP lawmakers from the majority bloc vowed not to support any impeachment try against Duterte and Vice President Leni Robredo, LP’s titular head, as such moves would only be “divisive as well as polarizing.”

“It will only serve to distract us from the many important matters that Congress should be giving priority to. For these very imperative reasons, the LP House majority caucus members present categorically took a position that we will not support any of the impeachment complaints filed against the leaders of the land,” said Deputy Speaker Miro Quimbo in a statement on Friday.

Robredo, meanwhile, is facing impeachment threats from Duterte’s allies for her controversial video message to a United Nations body about the administration’s antidrug campaign. JE/rga

READ: LP slammed for ‘playing it safe’ on impeachment