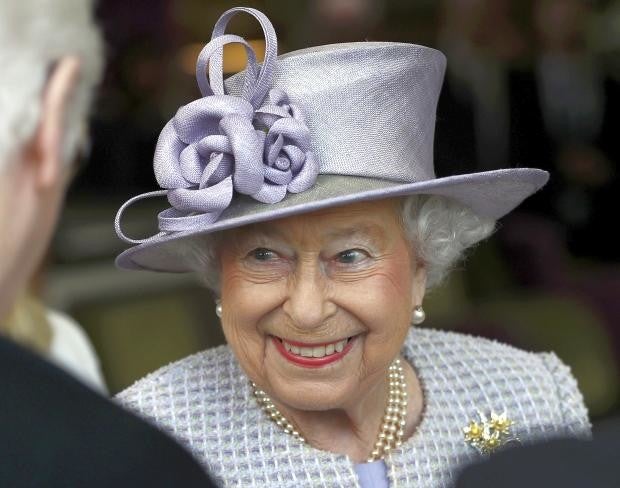 This is a photo of Britain’s Queen Elizabeth as she meets residents during a visit to Priory View, an independent living scheme for older residents, in Dunstable, England, Tuesday, April 11, 2017. Queen Elizabeth celebrates her 91st birthday on Friday, April 21, 2017. (File pool photo by PETER NICHOLLS via AP)

A troop of the Royal Horse Artillery rode horse-and-gun carriages past Buckingham Palace before staging a 41-gun salute in Hyde Park at noon (1100GMT / 7:00p.m. PHT)

Outside the palace, a band of guardsmen in scarlet tunics and bearskin hats played “Happy Birthday” during the Changing of the Guard ceremony.

There was a second salute with 62 guns at the centuries-old Tower of London.

The queen usually spends her birthday privately. She also has an official birthday, marked in June – when the weather is better – with the “Trooping the Color” military parade.