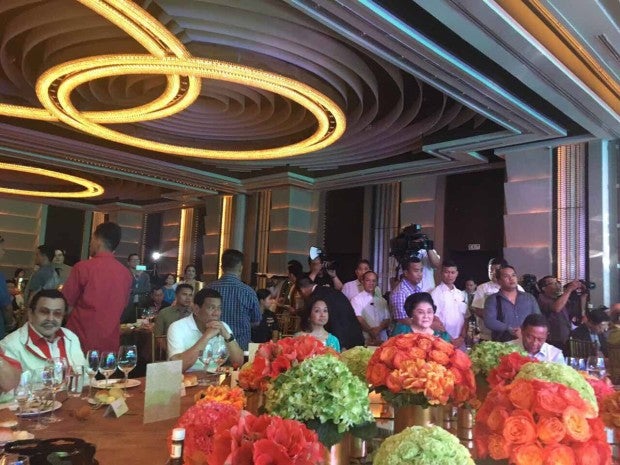 President Rodrigo Duterte was among the high-profile guests of former President and now Manila Mayor Joseph “Erap” Estrada on his birthday Wednesday.

Duterte attended the 80th birthday of Estrada at the Manila Hotel after being the guest of honor at the CineLokal grand launch in Pasay City. The President arrived shortly before 10 p.m. 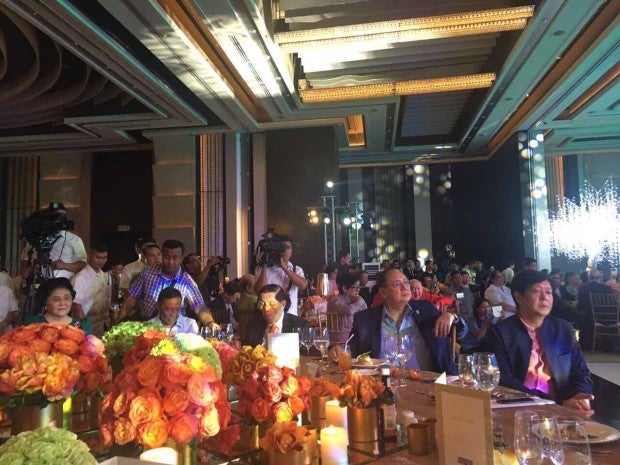 Estrada’s son, former senator Jinggoy Estrada, was also present after the Sandiganbayan allowed his attendance. The younger Estrada is detained at the custodial center in Camp Crame in Quezon City in connection with a multi-billion peso pork barrel scam.

READ: Jinggoy gets furlough for Erap’s birthday, but no partying till 2

Before attending the event, Duterte in his speech in Pasay City recalled how Estrada called him “low class” during the May 2016 elections.

“Ano ha? Balik kita sa kulungan!” he then joked, drawing laughter from his audience mostly composed of filmmakers, artists and the media.

Estrada was ousted in 2001 during Edsa People Power Revolution 2 after his presidency was hounded with corruption allegations. He was later detained but was pardoned in 2007 by Arroyo.

Estrada’s birthday party was not the first after Duterte became president.

On April 5, the President attended the birthday bash of Arroyo at her house in La Vista, Quezon City.

It was the first time since 2012 that Arroyo was able to celebrate her birthday outside detention after she was placed on hospital arrest for the alleged misuse of P366 million in Philippine Charity Sweepstakes Office funds. In July 2016, The Supreme Court released Arroyo after it dismissed the plunder charges against her.

During the campaign period, Duterte said he wanted Arroyo freed, saying the evidence against her was weak. CBB/rga