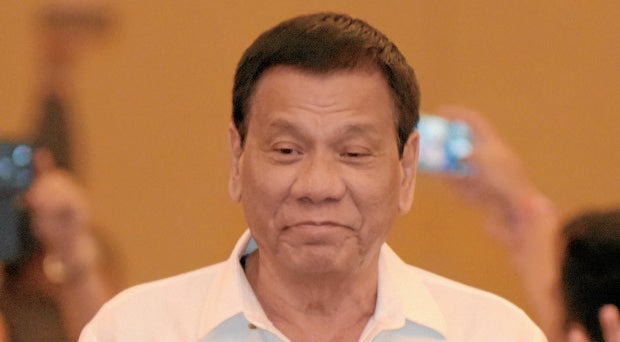 President Duterte has topped Time magazine’s readers’ poll for the 100 most influential people in the world.

Mr. Duterte consistently led the poll, which closed on Sunday (US time).

He got 5 percent of the total “yes” votes in the online survey, which asked readers to vote for who should be included on Time’s list of the world’s most influential people.

Malacañang was elated by the news.

“What makes President Rodrigo R. Duterte so admired by Filipinos and international leaders alike is his national agenda—he has prioritized public interest first and foremost, especially the needs and aspirations of the poor and common people,” presidential spokesperson Ernesto Abella said in a statement.

“With or without the distinction, the President continues to be a hardworking government worker and faithful servant of the Filipino people. In positive terms, he has a simple three-point agenda: prosperity for all; restore trust in government; build a fair and equitable society,” Abella said.

“Indeed, Filipinos find in the President a kindred spirit—a leader who acts for the common good,” he added.

Time will announce its official 100 Most Influential List—selected by the magazine’s editors—on Thursday.

Time was one of the first international publications that criticized Mr. Duterte’s brutal war on drugs, with a cover article in September titled “Night Falls on the Philippines.”

At the time, more than 3,000 drug suspects had been killed by police and unknown assailants in Mr. Duterte’s crackdown on narcotics.

To date, the body count has risen to more than 8,000, according to the international news agency Reuters, whose tally is disputed by the Philippine National Police.

Agriculture Secretary Emmanuel Piñol is not surprised that Mr. Duterte has topped the Time readers’ poll, but he thinks Malacañang has not handled well the job of boosting the President’s image.

“What else is new? He really has the genuine support of the masses. You know he’s a different breed,” Piñol said, referring to Mr. Duterte.

“Like him or hate him, he is a different kind of person and he is making waves in international news,” Piñol said.

But Piñol, who was in the Senate on Monday for a hearing, complained that the Palace has not organized well its media operations and has not done a good job in boosting Mr. Duterte’s image.

“Their operations are weak. They are left behind when it comes to releasing news about the President. Independent media [are] always the first to report before the Palace,” Piñol, a former journalist, told reporters.

“They can’t organize very well the media operations of Malacañang, how much more a popularity contest that has nothing to do with governance?” he said.

Noting he had been “honest” about his opinions, he said he had relayed this to both Executive Secretary Salvador Medialdea and Press Secretary Martin Andanar.

Piñol said he had told Andanar that the slow release of Palace news had resulted in the Palace issuing denials or corrections rather than giving the official version of the story.

Asked whether he meant the Palace always ended up on the defensive, he said: “That’s somehow what I feel.”

Piñol said there were a lot of good stories that were not covered extensively by the media, such as out-of-town appearances of Mr. Duterte.

He said this did “not give justice to the programs that (the President) is doing for the Filipino people.”

Piñol said the press was more keen on reporting Mr. Duterte’s cursing and his remarks about his war on drugs, which always make it to the front pages.

“The President goes to Basilan to give boats but the media does not care about it,” he said. —WITH A REPORT FROM YUJI GONZALES