Duterte irked at having to spend billions for drug rehab 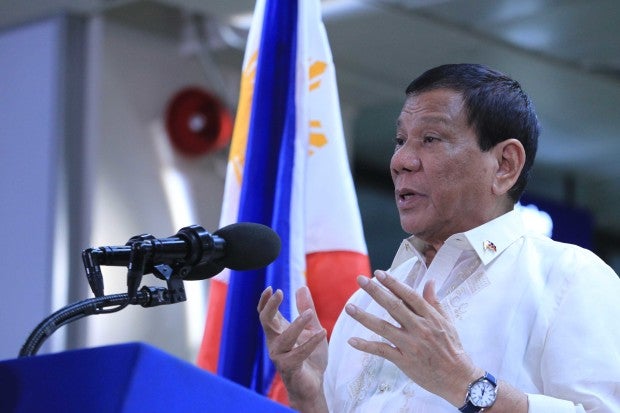 President Duterte let out a bad word before 20 children of repatriated Overseas Filipino Workers (OFWs) from Saudi Arabia, still irritated at the thought that the government was spending billions of pesos for the rehabilitation of drug addicts.

Mr. Duterte said he was so much willing to give billions of pesos to assist OFWs, rather than drug addicts who have not contributed anything to society.

“Nag-gagastos pa akong milyon. But what can I do? I have to treat them, just as citizens of this Republic. Pero masama talaga loob ko,” he added.

The war against illegal drugs is the cornerstone of the Duterte administration.

Nearly 8,000 drug suspects have been killed since the longtime Davao City mayor known as “The Punisher” assumed the presidency on June 30 last year.

The bloodbath has been censured locally and by the international community but President Duterte has lashed out at his critics.

Most likely tired, sleepy, and hungry, some of the children had begun crying a bit loudly while the President spoke, catching his attention.

The OFWs’ Saudia plane landed a few minutes before the President’s Philippine Airlines (PAL) PR 001 flight at the Naia.

The stranded OFWs returned under Saudi Arabia’s “A Nation Without Illegal Expatriates” campaign, which allows undocumented workers to return to their home countries within 90 days without risk of detention.

The President added that Mocha Uson, a staunch supporter, would be the godmother, eliciting laughter from his audience. He said he brought Uson to his Middle East trip because she has “many fans there.”

Mr. Duterte said he was “really gratified by the huge crowd” that greeted him at his overseas trips.

President Duterte also asked the distressed OFWs how they were going back to their home provinces. He told them to line up and that he would buy them tickets “and you can board the plane.”/rga