Isle of prayer rises in Pangasinan 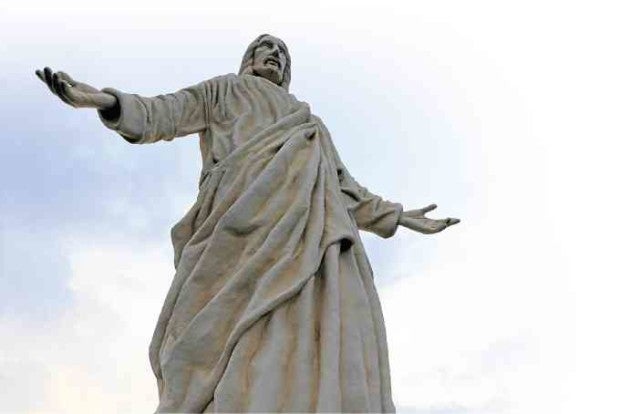 The 17-meter 56-foot) statue of Christ the Savior towers over the Hundred Islands. —PHOTOS COURTESY OF ALAMINOS CITY GOVERNMENT

The statue is atop a peak of one of the islands, majestic in white and evoking images of a more popular icon, the Christ the Redeemer in Rio
de Janeiro.

People going to any of the nine islands for a vacation are sure to see the new landmark built about six months ago.

Officials had wanted to bring Holy Week tourists to an island they named Pilgrim’s for the purpose and on which the Christ the Savior statue is located. But Pilgrim’s would not be open until May 1 since finishing touches on facilities had not been completed.

Miguel Sison, city tourism officer, said while the city government had wanted to open Pilgrim’s for Holy Week, construction had hit a snag. 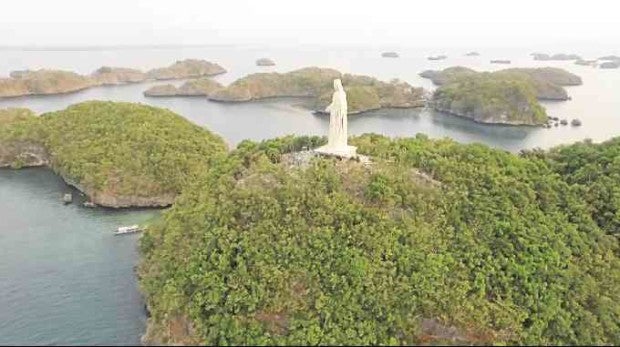 Sison’s description of the island as a religious destination offers a preview of what the faithful could expect there.

“There will be a chapel and a candle gallery. The Stations of the Cross will also be built later,” Sison said.

Pilgrim’s is a 15-minute boat ride from Lucap Wharf, the jump-off point to the HINP. Visitors would need to climb 263 concrete steps with landings and resting benches to reach the statue.

Workers had been busy installing a lighting system to make the statue glow at night and be visible from the wharf, Sison said.

These islands are equipped with solar-powered light posts, gardens and beach lights, portable toilets and concrete trails, stairs and rails.

Mayor Arthur Celeste said the city government would also build facilities on all islands with beaches and open these to tourists. Of the 123 small islands scattered in the 1,676-hectare HINP, only 16 have beaches. The rest have coralline shores (or beach areas filled with corals) which are not fit for swimming.

All 16 islands would have access to tap water after the installation in 2015 of a 6.2-kilometer underwater pipe connecting the mainland to Governor’s Island, Children’s Island and Quezon Island. 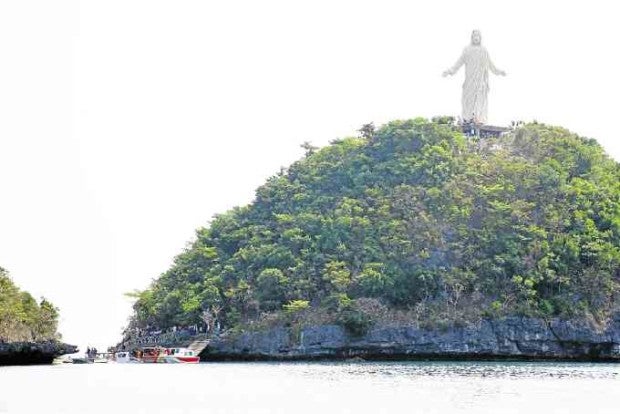 More activities had been introduced in the islands. Tourists can see the sites on a zipline or enjoy wall climbing and rappelling, Sison said.

There are also venues for helmet diving, banana boat rides, kayaking and snorkeling.

“We also have bird-watching activities. Another attraction is Monkey Island, where tourists can watch monkeys in their habitat. We have Bat Island, where fruit bats can be seen hanging from tree branches,” Sison said.