General explains why he believes Rami is among the dead in Bohol and names other fallen Abu Sayyaf bandits
By: Julie S. Alipala - Reporter / @alipalajulieINQ
Inquirer Mindanao / 08:26 PM April 12, 2017 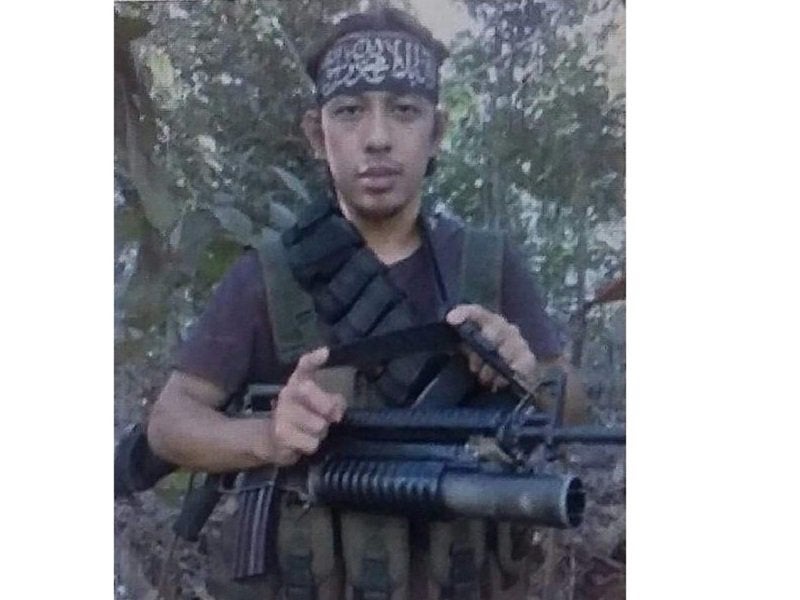 ZAMBOANGA CITY — The military in Sulu confirmed that Abu Sayyaf leader Muammar Askali alias Abu Rami was one of those killed in Inabanga, Bohol.

“He and his followers left Sulu for a safer place, but it appears that there’s no safe place for the Abu Sayyaf anymore,” Sobejana said.

A Philippine Daily Inquirer source said government intelligence observed the “absence” of Askali and Alhabshi Misaya, another Abu Sayyaf leader, following the heavy clashes in the province the past weeks.

Askali’s absence was strongly observed after the beheading of kidnap victim German national Gustav Jurgen Kantner on February 26, while there was no report on Misaya since April 8.

“Allegedly, Askali and Misaya disappeared in Sulu and reportedly went to an unknown direction using two speedboats,” the source said.

The source added that government intelligence later got information that Askali’s group went to Bohol to link up with Alden Yusup, an Abu Sayyaf sub-leader operating in that area.

The group allegedly was planning to kidnap tourists in Loboc and Panglao, both known for having foreign visitors

Askali’s group met their end when villagers noticed the unusual design of their boats. The villagers reported their presence to authorities.

The source identified one of the slain bandits as Jubail Umar alias Umayr, a follower of slain regional terrorist Julkifli bin Hir alias Marwan who was killed in Mamasapano, Maguindanao two years ago.

The source said the bandits left Sulu via Mamanok Island in Tongkil town.

“They went to Bohol using the two fishing pump boats and pretended to be fishermen,” the source said.  SFM 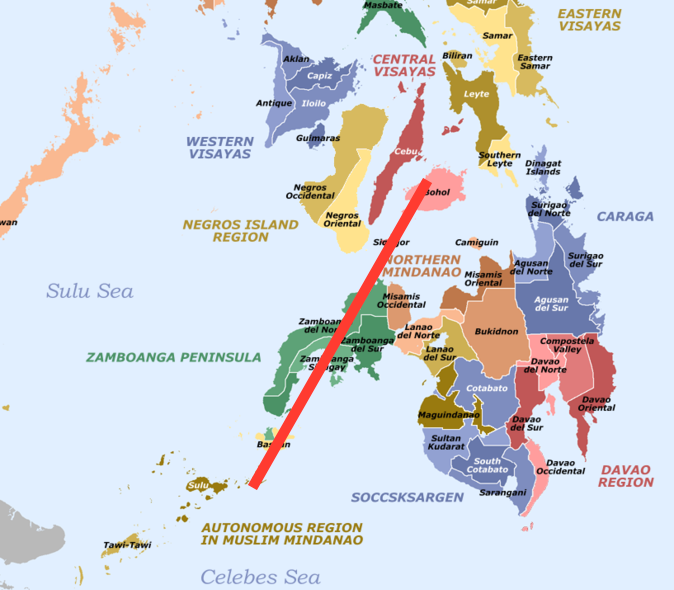 This is a portion of the Visayas and Mindanao map highlighting the distance covered by the Abu Sayyaf bandits between Tongkil, Sulu, where they allegedly set sail and  Inabanga, Bohol, where they landed on Apr. 11, 2017. (Wikipedia maps)