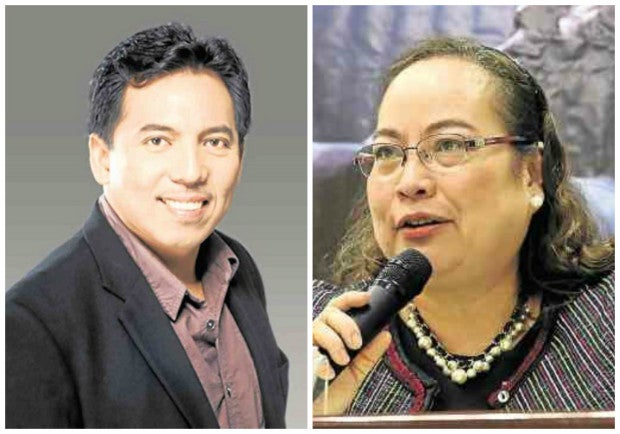 “He resigned! We elected Dr. Celestina Dela Serna, one of the Board Members as Interim PCEO in his place,” Ubial said in a text message to Inquirer.

His resignation came amid an apparent power struggle between him and Ubial.

A source, who declined to be identified for lack of authority to speak to the media, said PhilHealth employees were supposed to wear black armbands on Monday as a sign of protest against Ubial.

Sought for comment about the alleged protest against her, Ubial said she is not aware of any.

“If there’s anyone saying false things and disrupting the work at PhilHealth, it’s Dineros! We did not oust him, he resigned,” Ubial said.

Ubial also said that Dineros was among the members of the PhilHealth Board who voted for Dela Serna as his replacement during an emergency meeting.

During his stint, Dineros ordered the reassignment of over 40 officers and personnel at PhilHealth, “in pursuit of enhanced and expedient delivery of services …”

But Ubial, in a memo, questioned Dineros’ authority to make appointments, or even reshuffle the staff at PhilHealth.