Medialdea is gov’t caretaker while Duterte is in Middle East 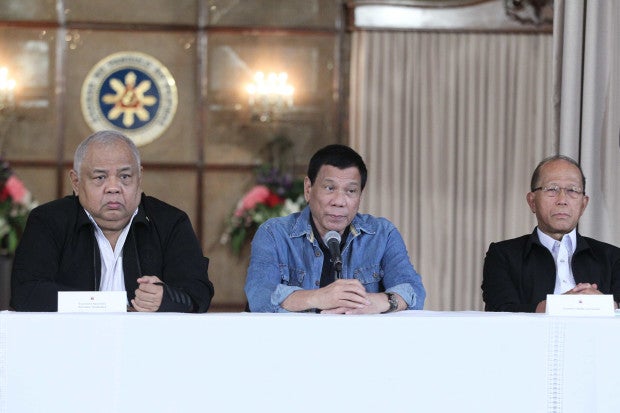 RIYADH, Saudi Arabia — President Rodrigo Duterte has designated Executive Secretary Salvador Medialdea as caretaker while he is the country for his three-country Middle East swing.

Medialdea’s designation was announced by Malacañang on Monday (Apr. 10)

Duterte left the Philippines via Davao for Riyadh, the first leg of his visit to the Middle East.

He will be welcomed by Saudi King Salman on Tuesday.

After his Riyadh visit, during which he will also be meeting Filipino workers, Duterte will be flying to Manama, Bahrain and Doha in Qatar. SFM/rga